Mogakolodi Ngele’s loan switch to Bidvest Wits was met with a lot of appreciation from pundits, but just three weeks into the Premier League season it appears the lanky winger will play second fiddle to Gabadinho Mhango and Elias Pelembe for first team action.
The former Platinum Stars star made his debut against Orlando Pirates in the MTN 8 quarterfinals, since then he has not featured frequently. After a blistering PSL debut under Cavin Johnson, Ngele established himself in Dikwena supporters while in the process becoming the highest scoring Motswana in the PSL era.
The 25 year old struggled to recapture his scintillating form at his second PSL cub, Mamelodi Sundowns, which prompted his representative Tim Sukazi to request for a loan move for more game time.
However this time around, things might not be straightforward as many perceived, the signings of Sifiso Myeni, Elezar Rodgers and the quality in the Wits side, means attacking players are vying for a starting spot week in and week out. Ngele is one of the best finishers in the current Wits side, but that on its own is not enough to impress coachGavin Hunt who always demands an extra shift from his players. A forward who only springs to action when the team has the ball,Ngele will have to settle in fast in Hunt’s counter pressing approach.
Despite all the demands Hunt will expect from Ngele,Wits could do with more mental quickness and calmness in attacking, a quality that ‘Tsotso’ has up in his locker.
Being the only active Motswana player in the PSL, Ngele must feel every beard of sweat from locals back when he sits out of action on matchdays. He more than others appears to have been affected by the malaise around the lack of Batswana making an impact in the elite Premiership.
“I think it is difficult for teams in the Premier Soccer League to see players from Botswana because our league is not shown Supersport,”Ngele was quoted in BPL website.
Ngele further encouraged local players especially in the senior national team to grasp opportunities in continental competitive games.
“Yes we only see leagues from Zambia, Nigeria and other countries. I think that makes it difficult to scout in our country. I would say that local players should keep working hard and ensure they remain disciplined because they will never know who is watching. It is good to play well and get a call up to the national team, then they can be noticed and they will never know until there are scouts and agents watching these games.”Ngele stated.
It certainly promises to be interesting times ahead for Wits and Ngele,but it remains to be seen if he will be content with being on the sidelines or fight his way in the talented Wits side. 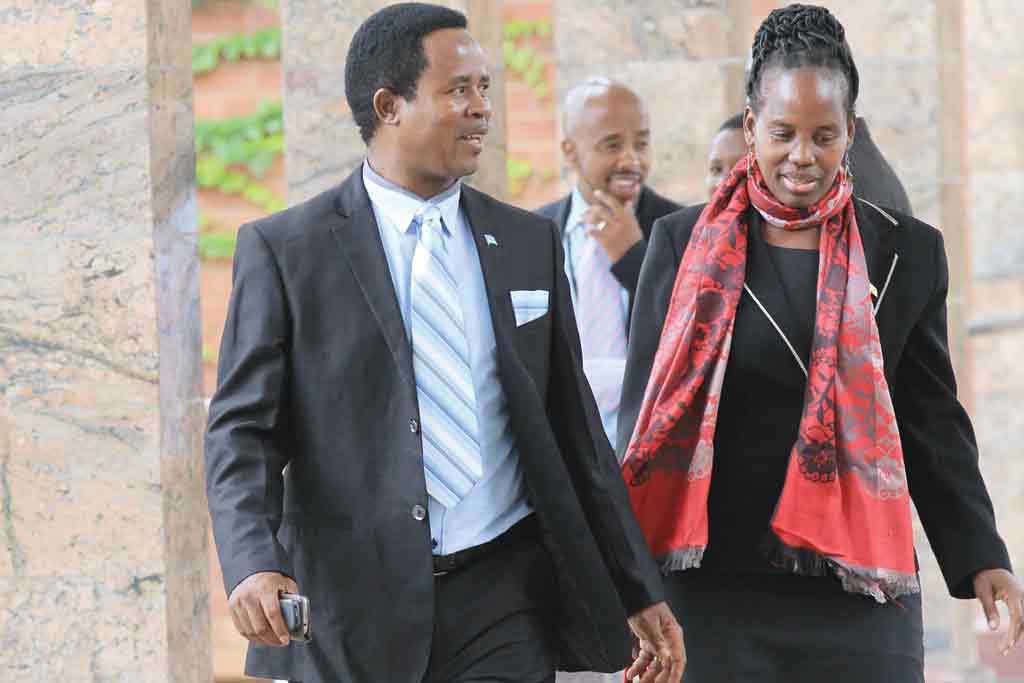