The Jamali family are said to have confiscated several properties of Mochudi Centre Chiefs, following a dispute that erupted between the two parties yesterday (Monday). As revealed by Gazette Sport last month, the Jamalis who previously held 60% in shares of the club, decided to ditch the side in July, after a fall out with members of the Chiefs Trust.
It was said that the Jamali family cited that they were not satisfied with the contributions of other shareholders, which often led to them taking full responsibilities of funding the club. According to news reaching this publication, the Jamali family decided to take over a number of Chiefs properties yesterday morning.
A source close to developments informed Gazette Sport that the team was barred from entering their usual training grounds at Duma Grounds (owned by Jamali), with the team bus, balls and training equipment allegedly taken away.
“The team was refused entry to train at Duma (Grounds). The Jamalis have also confiscated everything from Chiefs. Team bus, balls and training equipment were all taken,” claimed the source.
The source said, it was however unclear why the tycoon and his family performed the requisition of the team’s properties, but suggested that the whole idea could have been a way  forcing the club to pay back the P1.3million allegedly owed to the Jamalis.
“For now, no one knows why they have taken everything away from Chiefs, but what we do know is that Chiefs owes Jamali P1.3 million from last season, and maybe this could be some way of forcing them (Chiefs) to pay the settlement,” he ended.
When reached for comment, the club’s Public Relations Officer Clifford Mogomotsi’s line rang unanswered at the time of going to press.
With Chiefs now barred from using the Duma Grounds for their training sessions, this might give rivals Township Rollers the right to both the Duma and Tlokweng Grounds, after completing a deal last week to become full custodians of the latter. 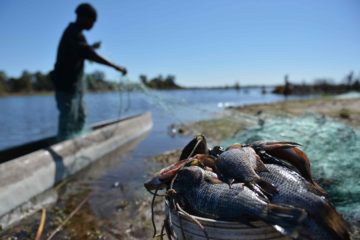