Captain Sekhana Koko of Premier League side Township Rollers IS confident that his SIDE will do better next season. Rollers finished the 2014/2015 beMobile Premier League on the position spot with 59 Points, a far cry from their league triumph the previous season.

A series of poor results in the second round that saw Popa lose their grip on first place and indeed fall short in the league title race. Their week 18 loss to Mochudi Centre Chiefs (who went on to win the league) was especially bitter, as it left the two rivals on level on 40 Points, though Rollers had a superior goal difference.

Koko, who was out for most of the first round after suffering an injury in week 2 of the Premier League in a 1 – 1 draw against Extension Gunners,  says their failure to win the League doesn’t mean they’re a bad side.

“I do not think this minor setback is something that should worry us because we have a strong squad of capable players. We know why we failed to win the league and pending contract extensions on those whose deals have expired, we’ll get better,” the Rollers captain stated.

Besides falling short on their league quest, Rollers also lost out on the Mascom Top 8 Cup competition where they lost to Gaborone United. The string of poor results led to the resignation of former coach Madinda Ndlovu, just days after the Top 8 Final that was played on the 18th of April.

The question is, do the Rollers players have the necessary mental strength to bounce back with immediate effect? The ever jovial captain Koko says they do and he is optimistic that next season we will see a much more improved Rollers.

“We don’t doubt our capabilities so we will bounce back next Season. We are going to contest seriously for both the League and the Cup,” he assured. Rollers fans will be hoping that his words come to life after a season they will want to quickly forget. 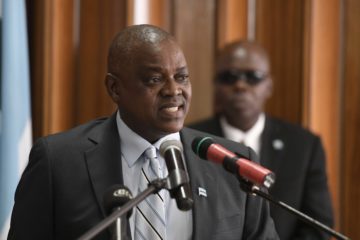