Botswana has talented netball players that can duplicate or even better the performances of fellow African counties at the just ended Netball World Cup, Africa Netball president ,Tebogo Lebotse-Sebego, told Gazette Sport.
The NWC that was held in Liverpool, England saw African countries that were competing doing relatively well with South Africa being the top performer in the continent after they finished fourth.
They became the first country to finish in the top four since the establishment of African Netball. Malawi attained the sixth position whereas Uganda finished seventh with Zimbabwe who competed for the first time at the NWC ended the competition in the eighth spot. All African countries that took part at the competition finished within the top eight out of 16 countries.
Speaking in an interview with this publication, Lebotse-Sebego noted that she believes Botswana can perform like or even better the fellow African countries’ performances. “That is because we finished in the top 10 during the 2007 and 12th in 2011 World Cups.,” she said. “Our display during the 2017 Netball World Youth Cup is a testimony that we can achieve better; we have talented players in our country.”
Asked of her view on how the absence of the league and tournaments may affect the progress of local netball , Lebotse-Sebego had this to say: “It is hard to run a league without or with little sponsors, but it can be done. Teams need to commit to play even without a sponsor to ensure that their players remain active.”
She said it is currently difficult for the national teams to be well prepared due to the absence of the league and tournaments. “Preparing the national teams is also not rocket science, we need teams to stay in camp and play together for a long time. A minimum of six months training camps for players in less active leagues playing constantly against strong teams is advisable. A proper ecosystem from technical to administration and social is also key. We have done it before as Botswana and we can still do that,” she advised.
Lebotse-Sebego who is also the former leader of Botswana Netball Association noted that getting teams into camps four weeks before big competitions and expecting miracles is not going to bring Botswana the success it craves. “We need government and sponsors to fund teams to prepare better,” she noted. 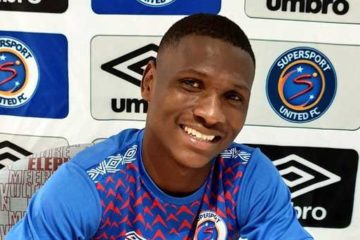