The Orapa United technical team is believed to be divided as a result of a reported fall out between head coach Bongani Mafu and his assistant Teenage Mpote, Gazette Sport sources have revealed. The Ostriches have not got off to a good start in the BTC Premiership, the club has managed to win just only one of their three opening league matches, drew one and lost the other.
Some quarters have blamed the fallout on the lack of big name recruitments in the just closed transfer period which saw the 2016 Mascom Top 8 champions sign players such as Mothusi Johnson, Kelapile Ndlovu and Gofaone Mabaya amongst others.
However, the team has a very talented and experienced squad with the likes of Tendai Nyumasi, Jerome Ramatlhakwane, Tapiwa Nyamanjiva, Thabang Mosige, Lesego Galenamotlhale and Kobamelo Kebaikanye (to mention only a few), who can assist the side into a serious title contender.
Despite this, reports from sources within the team have revealed that the relationship between Mafu and his assistant (Mpote) has become sour and has divided the coaching staff. “Mafu and Mpote are not in good terms at the moment, they are not pulling in one direction, Mpote also wants to be in charge too,” said a source in Orapa.
“It looks like Mpote wants Mafu out, and he remains behind to be the head coach, and Mafu appears to be very aware of that. The problem is with the coaching staff not the players and this is why the team has not been playing well in the opening games,” he added. “It is more like the two coaches are passing two different massages onto the players and it is confusing the entire team. The management should deal with this issue before it gets seriously out of hand,” further said the informer.
Reached for comment, Kabo Williams, the club’s Public Relations Officer (PRO) told this publication that the management was not aware of the said divisions in the team and also further denied that the relationship between the had become sour. “No, it is something that we are not aware of, if there is anything like, we have not seen it or even no one has reported it to the management, we believe that everything is well it is just that we have not had a good start,” Williams told Gazette Sport.
“As far as we know, the two coaches are fine with each other, they are always together, and also remember that it was Mafu who suggested Mpote as assistant coach. Mpote is the only new guy in the technical team and all these others have been here with Mafu since last season,” further stressed the PRO.
In conclusion he said that the team’s average start to the season was a result of the poor pre season that the team had and also that the coaches were still trying to get combinations right. “We had a pre season, the only competitive game we played was against Township Rollers, so we thought we would use the first three games of the league as some bit of pre season and allow the coach to get his combinations right. After this three games we will now start to want result from the coach,” he ended

Food Security in Africa: “the continent of plenty” 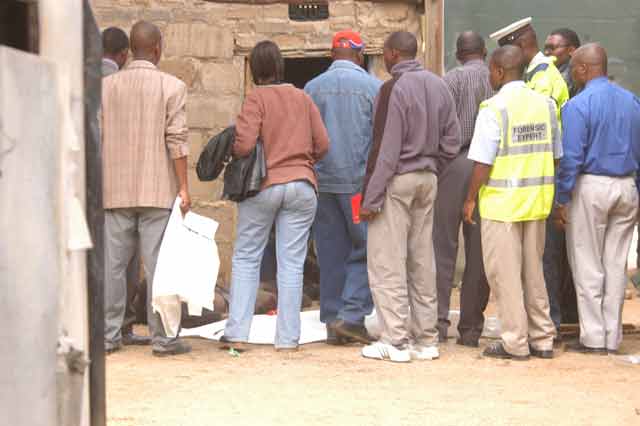