Suspended Botswana Premier League Chief Executive Officer Bennett Mamelodi’s decision to file an urgent application against the Botswana Football Association to set aside the much publicized forensic audit has foiled the association’s plan to place him on a disciplinary hearing on Tuesday (today) with the intent to fire him. Mamelodi’s application was dismissed with costs by Judge Singh Walia on Monday afternoon at the Gaborone High Court.
The BFA had scheduled a disciplinary hearing for Mamelodi on Monday but it was later rescheduled to Tuesday. However, Judge Walia has instructed the BFA to furnish the courts and Mamelodi’s camp with documents to support their case within the next two weeks before a disciplinary hearing can proceed.
The BFA’s task will be to provide further evidence in the form of transcripts and documents to prove their case against the BPL CEO, as Mamelodi’s camp continues to question the legitimacy of the BFA’s report and fact finding claims.
Both parties are expected to convene for a hearing not later than April 20 as instructed by Judge Walia.
Reliable sources believe that the hearing was set up to speed up the association’s reported plan to oust him on Tuesday.
The sources believe that the hearing was a reflex action from the BFA as they look to fire the CEO under the radar despite the lack of authenticity their forensic report had when Mamelodi’s camp caught wind of it through the media.
Despite apologizing to Mamelodi for the leaked and unofficial report the association is said to have continued to pursue disciplinary action against Mamelodi with the view of showing him the door. The said audit has been labelled as a gaffe and it has threatened to tarnish the association’s image but it appears the association has shrugged off the negative backlash of the audit to pursue their case against Mamelodi.
They parted ways with Mamelodi’s BFA counterpart Kitso Kemoeng in a discreet manner and it is believed that they were planning to ultimately fire him on the recommendation of a three man committee made up of Maclean Letshwiti, Marshlow Motlogelwa and Segolame Ramotlhwa, not the National Executive Committee as previously reported by Gazette Sport.
Unconfirmed reports suggest that under the new BFA administration the NEC has not met and discussed Mamelodi’s suspension and he has not yet been sanctioned to face charges that were brought against him, instead he has reportedly been summoned to a disciplinary hearing which his camp believes already has a predetermined conclusion, the same fate suffered by Kemoeng.
Although no camp was the outright winner on Monday’s court ruling, the BFA’s plan to oust Mamelodi has been foiled or delayed, for now. Mamelodi will, on the recommendation of Judge Walia, possibly be given a chance to defend himself and cross examine witnesses to provide the Disciplinary Committee with his own version of events to defend himself. 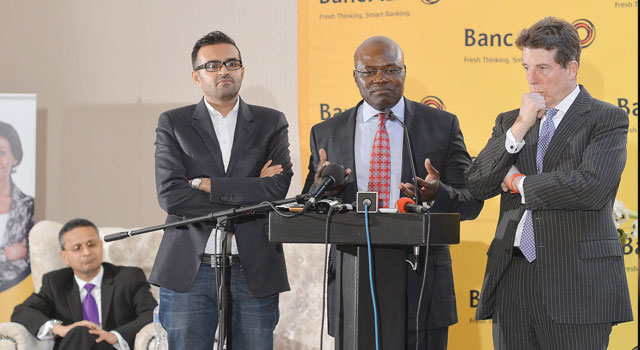