Gaborone United midfielder Mpho Kgaswane was the toast of the 2014/2015 season and widely tipped to join one of the South African Premier Soccer League teams due to his impressive form at club level with Platinum Stars and Polokwane City listed as admirers. The mesmerising left footed player was earmarked to be the jewel of local football given his rise from humble football beginnings to reaching the heights of making headlines.
Being handed the number 10 jersey in one of his national team appearances was the culmination of his “arrival” on the big stage. A few seasons ago he was one of hundreds of players plying their trade in the dusty lower tiers of football at FC Tourism but quickly elevated to a national team player, it seemed he could do no wrong.
However, Kgaswane went from being on the cusp of a big move to a shadow of himself the following season and saw the overnight hype that had engulfed the early stages of his GU career fade.
As a result he lost his place at club level and never got another Zebras call up, injuries and a dip in form saw him make only 18 starts last season and he struggled in front of goal as he scored only one league goal throughout the 2015/2016 season.
A player who showed so much promise had become somewhat of a sleeping giant as he gradually became an irrelevant in the discussion of the country’s best young talents, it was no surprise as his ailing form coincided with his club’s struggles last season.
This season the player appears to have dusted off any doubts about his talent as he has steadily showed signs of a revival. This past weekend his club needed a spark as they chased an early goal to overturn a 3-1 first leg deficit in their Mascom Top 8 tie against BDF XI, Kgaswane rose to the occasion as he scored a well taken goal to give his side a lifeline.
His efforts were not enough as Bitwell Phiri’s goal killed any hopes of a revival for GU. Despite the early elimination, Kgaswane reminded everyone that he still has a touch of magic in his locker. He followed up his goal by making flicks and tricks to help his fellow attackers find another goal, he displayed confidence that has been lacking in his game for over a year.
If his latest performance is anything to go by, the player could soon work himself back to the dizzy heights he had reached in his maiden season for GU. 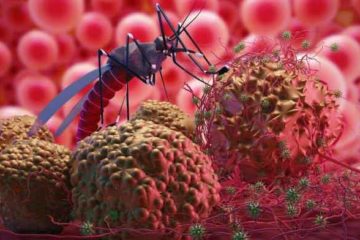