After the paucity of the league to pave way for Beach volleyball and Bechuanaland independence celebrations, the Mascom Volleyball league resumed this past weekend and the decibels were turned up a notch at the BUAN hall. Sunday saw three ladies teams’ fixtures, with BDF VI vs Dynamites starting the proceedings of the day. The 5 sets thriller saw Dynamites all over the army side, their efforts being a reward of leading by two sets (25-17, 25-19) in the opening two sets. It was upon the BDF VI to respond in the 3rd set, or face the possibility of a 3-0 loss like they did when the two teams met at the same venue in the first round.
For pride, points and to keep their top 4 ambitions intact, Lee Tshipana’s troops did as they were requested as they had enough ammunition in them to thwart efforts of Dynamites from ending the game, the spirited fight, with the aid of the cheering supporters, who kept screaming “ma 14 must fall”, referring to the youthful Dynamites team, saw BDF VI take the 3rd set 25-14, to make the score line 2 sets against 1.
It was Team Senegal, as their legion of fans call BDF VI, who came with guns blazing in the 4th set, which they won 25-20, levelling the sets to 2-2, and as consequence the game went to the 5th and deciding set. It was clear now that the momentum and confidence was with BDF VI, having recovered from 2-0 sets, to make it 2-2, and never held back the assault in the 5th set as they comfortably won it 15-8, and to win the game by 3 sets against 2 of Dynamites.
The second game of the day was between Kalavango and struggling Spiking Stars – a team which has been having a tough 2016 with their problems compounded by a host of players leaving for “greener” pastures. It was no different this time around as only 6 players were available while others had work and academic commitments. There were not issues for Kalavango ladies who easily navigated past Spiking Stars by winning 3-0 (25-19, 25-12, and 25-20).
The third and last game of the day was Mafolofolo against BDF VI, the two teams played out to 3-2 score line, with Mafolofolo being victorious on the day. Having beaten their nemesis Kutlwano 3-0 on last game, before the league went for a break, Mafolofolo were looking to put the other hand on the trophy they so long craved, even though coach Ntshimogang wouldn’t admit – as yet, that they are favorites to win the trophy now.
The game started with the log leaders, Mafolofolo, outclassing the opponents, winning the first 2 sets (25-14, 25-18), but like they did last time they played Mafolofolo, BDF regrouped and mount a fight to take 3rd set (25-23), a fiercely contested set that made it 2 sets for Mafolofolo, 1 for Team Senegal. 4th set was a closely contested one in opening stages, having trailed 7-10, BDF VI picked themselves up and took the game to Mafolofolo, closing the gap and then passing their rival at 11-10, from there it was a case of, if you can score we too can score, and point each saw the score line eventually reach 18-16, 18-17 in favour of Mafolofolo, who increased it to 20-17, then 21-17. Coach Lee Tshipana of BDF VI, decided at that point to change setters and call time but it was too little too late as Mafolofolo proved too powerful for the army queens, as they  stretched their lead to win the set 25-18, and winning the game with 3 sets against 1 of BDF VI. Whether the weekend’s wins give anyone a psychological advantage remains to be seen as the teams will once again battle it out at Buan in the coming weekend of October 15/16. It will be BDF VI vs Mafolofolo, BDF vs Dynamites, Kutlwano will play Kalavango while the  last game will see Mafolofolo face tricky customers in the form of Dynamites. 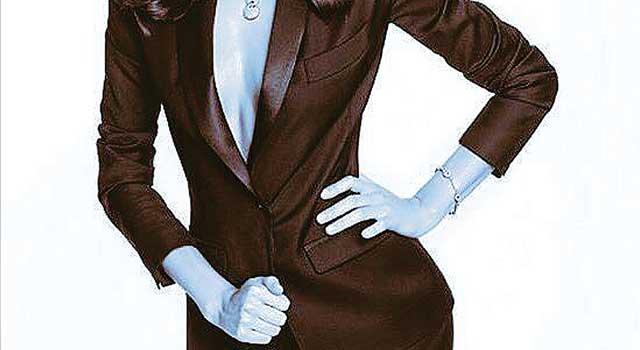