Zebras defender Simisane Mathumo appears to have survived the chop after Free State Stars released up to seven players following their relegation to the First Division. The club confirmed that they have been forced to release players as they can no longer afford to pay their wages for next season’s lower tie campaign.

This past week they parted ways with head coach Nikola Kavazovic and released Eleazar Rodgers, Patrick Phungwayo, Goodman Dlamini, Tshepo Tema, Samkelo Mbambo and Makhehleni Makhaula, the players were reportedly released due to their high salaries according to a report from Kickoff magazine.

The club has hinted that there could be more exits before the start of next season, the departing players will be rendered free agents upon the termination of their contracts. As it stands, Mathumo is likely to avoid the chop as the club continues its cost cutting and rebuilding process, he has not yet been mentioned amongst players who have been released or those set to be released.

If the club ends up cutting ties with him, Mathumo will not be short of admirers in the ABSA Premiership as he was one of the club’s better performers in the second half of the season. Mathumo has also been named in Zebras’ 2019 COSAFA Cup squad, the tournament will present him with yet another chance to put himself on the shopping list of other PSL clubs.

The COSAFA Cup tournament is usually attended my hundreds of scouts and it has served Batswana players well in the past as many of them have been signed by South African clubs following good displays in the tournament.

Kgafela must come back home- Masisi 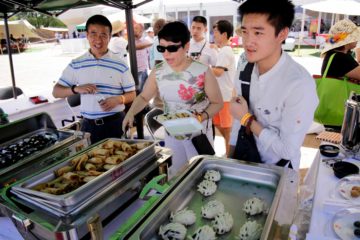