Botswana U17 to play SA in December

The Botswana women’s national U17 football team coach Odirile Matlhaku says he is not bothered by their next opponents (South Africa) spying on them ahead of their World Cup qualifying clash in December.
The local girls completed one of the greatest comebacks, as they defeated Zambia with an aggregate win of 6-5 on Friday in Lobatse. Zambia had easily cruised to a 5-2 win at home in the first leg (played a fortnight ago), however the ‘She Zebras’ overturned the score winning 4-0 to proceed to the next round, where they will face off with South Africa.
Gazette Sport can exclusively reveal that, the SA U17 coach Sphiwe Dlulu was present at the game, having a closer look at her opponents. The two sides are expected to play each other in a two legged affair in early December, where the winner will play Morocco or Equatorial Guinea in the final round of qualification.
“It was a tough game, we had to look for means of coming back into the game, and at the same time we had only two days to prepare for this game. We also had a lot of changes in our technical team, but I am happy because we told ourselves that we need to get the win, whether we play good football or not,” said Mathaku who was recently drafted in as the new ladies U17 coach.
Despite the goals, the team played more of the long ball approach, which proved too difficult for the Zambian players to defend, but the new coach says he hopes his side will improve going forward.
“We had to win this one at all costs, and if we go through we will be able to come up with another plan for our next game (South Africa), and I am hoping we will improve our game. We need to work on keeping the ball, and try and instill confidence in the girls, because you can’t be keeping the ball with no confidence. We sometime lose the ball unnecessary, but I don’t blame them, there was just too much pressure, we had to win this game,” he added.
“As you might be aware, I haven’t been coaching ladies, and I would really like to thank the technical team that was previously appointed, because they were really helpful and supportive,” the veteran coach carried on. Asked of his knowledge on his opponents (SA), he did not seem bothered.
“No, it’s very difficult to be watching or scouting your opponents at U17 level, mainly because it’s always a new team that is being assembled, so you don’t know what to expect. Whether they are spying on us , I don’t really care, because we will have a new game plan when we play them,” ended the coach.
The SA U17 coach Dlulu, whose a former Banyana Banyana International mentioned that one of her worries was that, the local girls seemed a bit more physical than her side, but believes they will give the Botswana team a run for their money.

Research Exposes Inequalities In Maternal Health And Survival Of Newborns 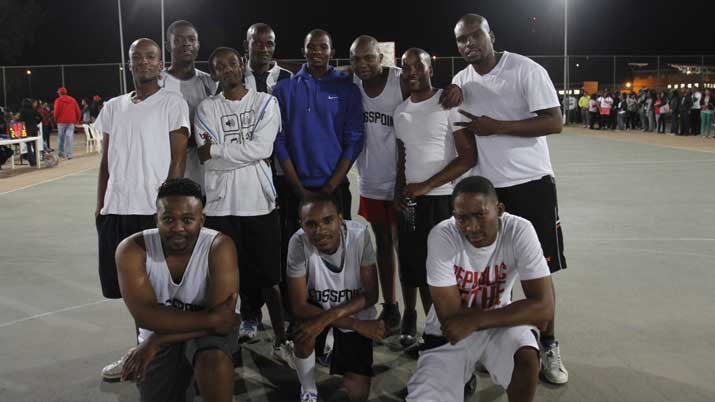