Township Rollers forward Joel Mogorosi is not having the best of the times in the current 2016/2017 football calender having only started two games since the turn of the year in all competitions. The former Bloemfontein Celtic player’s performances have been openly criticized by spectators in recent weeks leading to insinuations that he is in the twilight of his career.
In around stadiums,arguments have not been how good Mogorosi can be,but whether he can recapture the form which made him an instant hit in the South African Premiership. According to reports the defining image that capitulated the winger’s turbulent spell came in the Gilport Lions win when Juluka was booed off by fans.
High expectations have been lumped on Mogorosi at club level and in Peter Butler’s Zebras team in the past years,however such demands are leaving many to ponder if he can replicate his best form. Despite all this preposterous thoughts in the club hierarchy and fans,Mpote has leaped to the defense of the 33 year old .
“Mogorosi is very much part of my plans,he is still going to play for the team because it is all based on teams that we play against. I need him, you will certainly see him play. He no longer has the pace compared to the young players in the team because of his age so I am using him as an impact player,”Mpote told Gazette Sport.
Mogorosi is still explosive,unpredictable and a thorn in opposition defenders Those who were lucky enough to see him in his tender years at BMC by then would share sentiments that he has lost his pace. By then while still at BMC and Mochudi Center Chiefs, Mogorosi’s dribbling skills and pace set him apart from the talented fold of local players. Such is the aura in the pace that Mogorosi had in his locker,his former coach Clinton Larsen labelled him a major coup prior to his debut.
“I am expecting a big season from Joel and I think he will strike a lot of fear in to quite a few fullbacks this season with his pace and skill,”Larsen was quoted on Kick Off magazine in 2012.
Fast forward five years, signs already suggest that we may have already seen the best of  Juluka’s in Mapalastina’s shirt. It is rumoured that at the end of the season he is likely to be given a role in the technical team to reward him for his service at Rollers. Between now and May it remains to be seen if Mogorosi will be a key cog in helping Rollers challenge for silverware in the BTC Premiership. 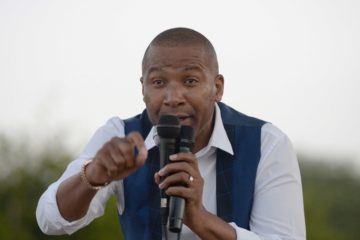