Former Extension Gunners and Orapa United goal poacher Hendrick Moyo has turned down an offer for a contract extension at Gaborone United on the eleventh hour as he angled a move away to Police X1.
The nimble forward rejected what is reported to have been a more improved deal that that was set to make sure Moyo sees his term at the Gaborone giants run until 2019. The publication has established that after a series of meetings and boardroom negotiations between Moyo and the united management last week it was almost a done deal and the player had agreed to stay put; it was only a matter of putting the deal onto the dotted line. However the player somersaulted as he decided on joining Police X1.
Moyo who had only six months left on his contract at Gaborone United was eligible to negotiate with any team of his choice to sign a pre-contract. It is reported The Jungle Kings were desperate on landing the striker hence they offered the player an audacious offer that entails employment. Following a bolt from the blue Gaborone United had no options but to let go of Moyo since Police X1 had agreed to buy the player out of contract with a fee of P40 000 to make sure he joins the club immediately. But it has come to light that a contingent of Gaborone United committee members are reported to be shell shocked to hear of the player’s  unforeseen exit fuelling the reports that a heavy storm of trouble is brewing up at Gaborone United, a club that has always been a subject of committee factions.
Moyo’s exit at Gaborone United comes up after a collapse of transfer talks between league rookies Security Systems and Moyo. Systems were also keen on signing Moyo and had promised to get him a job but the move stalled. It is reported that Gaborone United were promising the striker a much improved bumper salary of around P18 000 a month plus P25 000 signing fee for the contract extension, but Moyo left it late to turn down the offer despite having agreed in talks with the club officials that he will commit to the club. It is revealed that Mpho Kgaswane’s departure at the club forced them to try and convince Moyo to stay on the basis of an improved deal and assured regular game time.
Moyo joined Gaborone United from Orapa United back in 2015 in a two year deal after the club splashed around P75 000 to snatch the striker who had enjoyed good run of form at the Ostriches.
He finished that season as the 2nd runner up for the green boot with 14 goals, a goal shy away from Lemponye Tshireletso who was still at Mochudi Centre Chiefs .When Moyo left Orapa he came out to confirm that the mining town based club had failed to deliver their promises, that is reported to be a formal job and that was why he chose to sign with Gaborone United who were offering a better deal than what he was getting at Orapa United.
Despite struggling to carry through his reign of form to Gaborone United Moyo has always proved he has the quality to deliver and the national team call ups were enough to speak of his quality not only in scoring goals but linking attack and dropping back to defend at times. A genuine attacker and wide player at times, Moyo will offer and add impetus with an extra dimension providing width, pace and goal-threat from the either the flanks in front of goals for Police X1 who have been struggling with finding a composed striker. 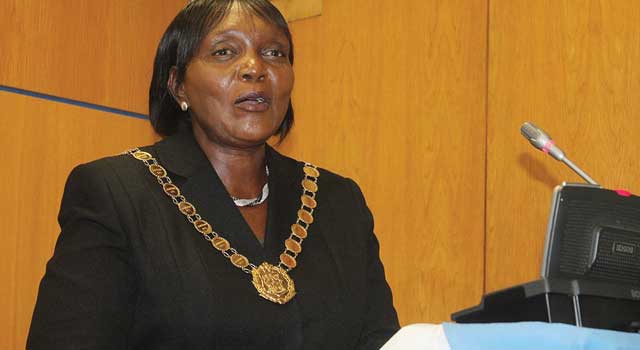