“I have no offers on the table” – Nare

Daniel ‘Chicco’ Nare has confirmed his departure from BTC Premiership side Security Systems, the coach informed this publication that he resigned “recently” for undisclosed reasons. The coach was requested to attend an exit interview session by his former club to explain why he resigned from the club and he duly obliged by attending the session last week to formalize his exit from the club.

Gazette Sport understands that the head coach resigned via email, this appeared to catch the club off guard as they sought further explanation for his exit. The exit interview session was headed by a specially selected panel consisting of club officials.

Nare has attracted the attention of Township Rollers and Gaborone United in recent months, however, with Rollers having already sealed an agreement with Nikola Kavazovic he is now being strongly linked with Moyagoleele. Nare laughed off rumours linking him with The Reds when asked by this reporter, stating that he is currently taking time off to enjoy himself while waiting for the right offer.

“I am just at home at the moment, I have no offers on the table as we speak, anything you have heard is just speculation. I am waiting for an offer which would tick all the boxes of all the things I want. I did not resign because I was poached by another club or enticed by another offer, I will repeat that I do not have any offers,” Nare told this publication.

Nare joined Systems during the second half of the 2017/2018 season as he helped the club avoid relegation. The following season he led the club to a top eight finish, qualifying for the prestigious Mascom Top 8 competition, this past season (2019/2020) he helped the team to mount a title challenge while also going unbeaten for a long spell (25 games stretching from the previous season). 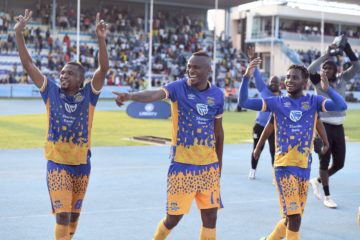