Miscellaneous head coach Daniel ‘Chicco’ Nare is believed to be contemplating setting up a meeting with President Ian Khama over the state of the Serowe based club. The club is currently going through testing financial times as they prepare for the new BTC Premiership season.
There are reports that the club has been struggling to pay players’ wages, the club is one of nine clubs that are not state supported or financially well off, they rely heavily on match day revenue (gate takings) for their day to day activities.

Since the league season ended the club has not been able to host matches that could generate income for themselves during the off season. The club had planned a pre-season tournament featuring Orapa United, Jwaneng Galaxy and Sharps Shooting Stars but they were denied by the BNSC, although unconfirmed, as they were required to pay P3000 to use the Serowe Sports Complex.
They ended up cancelling the mini pre-season tournament, they resorted to organizing matches with lower league clubs in order to keep their squad fit, that is hardly the right preparation they had expected according to a club source.
A meeting between the head coach and the President has reportedly been mooted according to the Gazette Sport source, as a way of resolving the current debacle the club is going through.
The Serowe club is reportedly one of several clubs that are still owed monthly grants from the previous season. A source told Gazette Sport that the players can barely afford the right trainers for training sessions and some use casual shoes such as converse sneakers or casual sneakers for training. There is also a shortage of training equipment such as cones among others.
“Miscellaneous’ league games are a source of entertainment in Serowe. Serowe has a business community that would benefit a lot if the club stays in the league. Small businesses also benefit a lot from league games because of the large crowds that come to witness the games. The President is retiring soon, he will need entertainment, there is none better than watching his home team in the elite league, we believe the coach might be seeking a meeting with him to plead for his intervention and assistance,” the source claimed.
In the draft fixtures the club was scheduled to start the league with two away games BDF XI and Orapa United and they were dreading the prospect of facing away games in their tough financial period. They are now awaiting the final and official league fixtures which will be released tomorrow (Wednesday).

Some Zimbabweans for once, wish they were Kenyans

Tuku comes back to Botswana 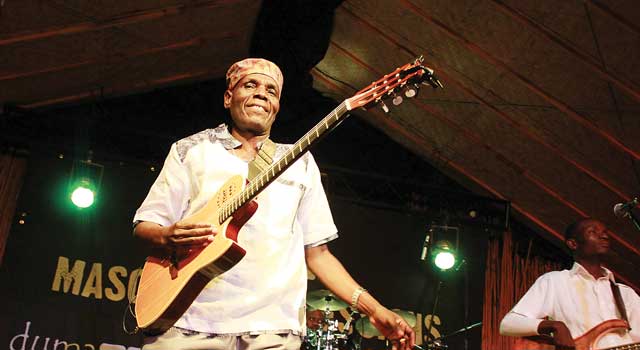