Former Extension Gunners coach Daniel ‘Çhicco’ Nare has been heavily linked with a move to Orapa United next season, the coach fuelled speculation by attending the Mascom Top 8 final between Orapa United and Jwaneng Galaxy. While all football figures are freely allowed any match of their liking, Nare’s timing of attending the game has come at a time when rumours have been rife that he has been earmarked to coach the mining side next season.
Nare attended the Francistown held final and his presence sent speculation into overdrive. Current coach Madinda Ndlovu’s contract is set to elapse at the end of the season, both parties have decided to be discreet in regards to the possibility of him extending his stay or leaving.
Nare’s availability, after leaving Extension Gunners, has seen him being touted as Ndlovu’s potential replacement if the Zimbabwean coach’s contract is not renewed. Despite the links, Nare has dispelled the notion that he is Orapa’s coach in waiting.
“I do not know anything about an agreement with Orapa United. They have never contacted me, they have not advertised that post because they have a coach in charge and that coach has to be respected. Orapa’s status quo has to be respected. It is wrong for rumours like that to crop up when another coach is in charge of his team. There is simply no truth in those rumours,”Nare told Gazette Sport.
The former Gunners coach has also stated that people are reading too much into his decision to attend the Mascom Top 8 final and revealed that he was fulfilling his duty as the chairman of the coach’s commission in his region by being present.
“I have attended numerous games since leaving Gunners. I attended the Morupule Wanderers and Home Sweepers game, the Tafic and Ecco City Greens game in Francistown. This weekend I attended the Top 8 final like any other football lover would do, I wonder why my attendance in this particular game has been singled out,” Nare concluded. 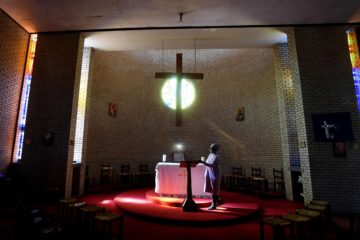