Ofentse Nato’s agent, Paul Mitchell, has dismissed suggestions that Atletico de Kolkata coach Jose Fransisco Molina has a rift with the player following his reluctance to select him this season. Nato had not been given any minutes on the field for six successive games prior to making his first appearance this past week.
He made his long waited 2016 season bow with a second half substitute appearance in a 1-1 draw against Northeast United. His agent believes it will be the first of many appearances he will make this season. Mitchell, of the Siyavuma Sports Group, told this reporter that his client has the confidence of the coach and his limited game time “should not be blown out of proportion”.
“There are no issues between Nato and the coach at all, I do not know where such news stem from. Nato missed pre-season and the first three games of the season due to injury, he has not been fully fit for a while. Plus the team has been doing relatively well and it has been difficult for him to get back, its football. Nobody is given a free passage into the team. We are not worried, he is easing his way into the team,” Mitchell told Gazette Sport.
“He made his season debut days ago, there’s no need to panic. He came on when the team was trailing 1-0 and helped them record an important draw. It was always going to be difficult for him after a long layoff but he will play,” the agent concluded.
Despite his agent’s optimism Nato faces a difficult task of displacing either Borja Fernandes or Stephen Pearson who have formed a solid partnership. His club is still in playoff contention, a succession of draws have prevented them from holding on to their top spot that they had two weeks ago. 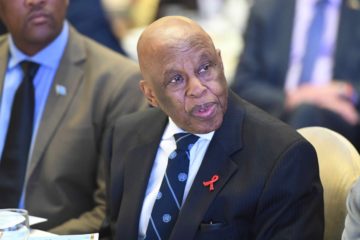