Ndlovu makes a u-turn to sign a 3 year deal

Madinda Ndlovu has reportedly agreed to sign a new deal with Orapa United, to continue as the club’s head coach beyond the 2016/17 season. This is according to information gathered recently by Gazette Sport. The Zimbabwean gaffer has been with the mining side for the past two seasons, after leaving Township Rollers under a dark cloud.
Since joining United, he has turned the club’s fortunes around. Last season led the Ostriches to their maiden piece of silverware in the Mascom Top 8 and was close to achieving a historic feat of defending the same competition this season only to be denied by Jwaneng Galaxy in the final.
Despite this, the two parties have been close to parting ways. Earlier this year this publication reported that the coach had made his intensions clear to the management that he would not renew his contract when it elapses at the end of the current season. Gazette Sport further revealed that the club had embarked on finding Ndlovu’s replacement, and an unnamed Zambian coach had been touted as the perfect candidate.
Other reports also suggested that former Extension Gunners coach Daniel Nare had been contacted for the same post. Now just two months before his contract expires, this reporter has it on good authority that​ Ndlovu and United have reached common ground and he will remain as coach.
“Madinda (Ndlovu) is staying put. He and the club have agreed on a new deal, and he will be with the club next season,” said a source close to the club. The source added that, “ He has made a huge impact at this club, and they​ (management) realized that it will be a big mistake to lose a coach of his quality just like that. Madinda is loved in this town of Orapa, and it was not only about the team, everyone wants him to stay,” he added. The informer concluded by explaining​ why United had recently advertised their head coach post, which was done recently in one of the local newspapers.
“It is a usual procedure that has to be followed by every organization​. Ndlovu is a foreigner and before his contract can be renewed, his post has to be advertised according to labour laws, so that was the reason why the post was advertised,” he ended. Meanwhile, the Ostriches are said to have started their recruitment of new players for next season.
Sources have stated that Ndlovu has submitted his targets for the next transfer window. Mochudi Centre Chiefs and Zebras defender Thato Kebue, Thero Setsile, Tumisang Orebonye and Tapiwa Nyamanjiva are said to be some of the names on the list. 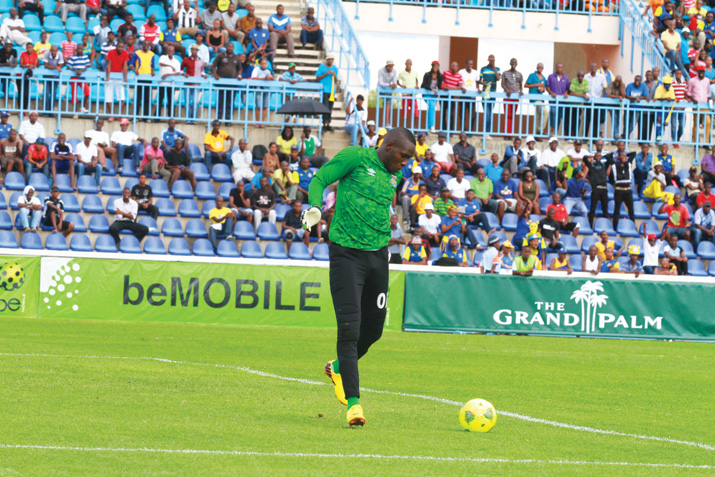