Currently in negotiations with a number of companies

The recently elected Botswana Basketball Association (BBA) committee has begun the process of searching for a new league title sponsor.
It is now over a decade since the last time the local basketball league has had a league title sponsor, and despite the change of committees over the years, the struggle has persisted. In 2015, Gazette Sport, revealed that the running of the league required close to P80 000, with expenses varying from cost of venues (P15 000), league and office administration (P 17 000), and lastly payments of officials (P46 000), taking the overall total to P78 000.
Despite this, the league continues to run without a sponsor, which has hurt the popularity of the sport in the country. However, according to recent information gathered by this publication, the new committee intends to erase all that, and give the game a new lease of life.
Rendering on information relayed by one top official at the BBA, the new committee are under-way in their hunt for new funders.
“When we took office last year, one of our biggest mandates was to secure sponsors for the league, and to this point we have made progress in achieving that, though we are yet to reach any deal with anyone,” said the official.
The source further informed that they are currently negotiating with several potential sponsors.
“We are still in negotiations with a few potential funders, and we cannot reveal anything at this stage, since it can jeopardise everything. But as the new committee we are confident, we will present something in the near future,” ended the source.
To add to the source’s remarks, in a previous interview with Gazette Sport  earlier this year, the BBA Public Relations Officer Thabang Maranyane stated that they were in contact with a number of  companies, but were firmly focused on undergoing a  “Clean Up Campaign” of their office before they could allow any endorsement to come on board.
He also added that they were in consultation with the past committees to find out what could have led to the failures in terms of securing sponsors for the league. When reached for a fresh comment on the issue, the PRO’s line rang unanswered at the time of going to press.
Meanwhile, this publication has learned that the new committee is in talks with an unnamed construction company with hopes of building their own playing courts. The BBA has for years relied on the University of Botswana basketball courts, which as revealed earlier, come at a cost for the association. It now remains to be seen when and where this project will take place. 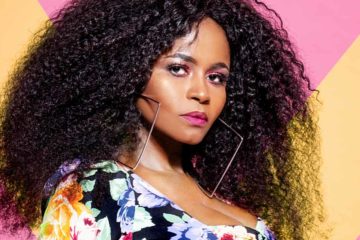