Mogakolodi Ngele continued his rich vein of form in the 2020/2021 season with a yet another crucial goal for his new club Tshakhuma Tsha Madzivhandila (TTM) in the DSTV Premiership clash against TS Galaxy this past weekend. Ngele’s goal earned a crucial point for the Limpopo based club as they looked destined to suffer a defeat in their league opener.

The 1-1 draw is an encouraging display for the newly assembled side. TS Galaxy took the lead towards the end of the first through defender Bevan Fransman, before the first goal TTM had failed to capitalise on two defensive errors made by TS Galaxy defenders. In the 53rd minute Ngele rose highest to head the ball home from a corner kick, the goal was a bit reminiscent of the header he scored against Supersport United last week.

Ngele is now reaching his best form in years as he has already racked up 3 goals in just two games this season. His current tally has already surpassed last season’s tally of only 2 goals in the 2019/2020 season as a Black Leopards player. His Leopards goal tally was the lowest in his professional career and it was largely due to an injury hit season while he was also frozen out of the team by various coaches.

The Zebras star has put his frustrations behind him and is currently enjoying a new lease of life at TTM whereby he has the full support of the management and technical team as seen through his constant involvement in the team. Ngele has always thrived on the good energy he gets from his coaches over the years. The likes of Gavin Hunt (Bidvest Wits) and Cavin Johnson (Platinum Stars) have managed to get the best out of Ngele while giving him the necessary freedom to express himself.

With 3 goals under his belt, the forward has started the season well and could have his best season in years if his early form is anything to go by. Ngele and his team will face an even tougher test in their next ABSA Premiership game as they will tackle reigning champions Mamelodi Sundowns, his former club, today (Wednesday). 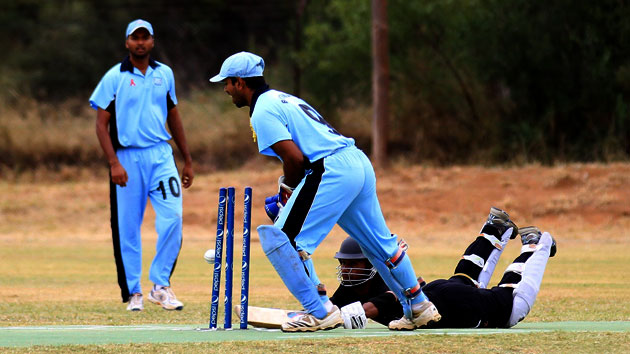