• Player informs the club of his intention to move, either on loan or being sold
• Pitso Mosimane yet to tell him whether or not he fits in next season’s plans
• Sundowns would be forced to sell or lose him for free

Mamelodi Sundowns’ out of favour forward Mogakolodi Ngele has taken the first step to leave the club after informing them of his intention to seek first team football elsewhere. He has, through his agent Tim Sukazi, handed in a formal communique asking the club to either sell him or release him on loan for the upcoming season.
Ngele has seen himself reduced to a bench role at the Pretoria outfit, he managed to make only 10 out of 30 league games last season owing to injuries and limited first team chances.  The Zebras star is aware of Sundowns’ plans to recruit more attacking reinforcements for next season, pushing him further down the pecking order.
Last week reports reached Gazette Sport indicating that Ngele’s agent had submitted the player’s transfer request to Sundowns. The reports confirmed that Ngele has grown frustrated at the Premier Soccer League (PSL) champions and is actively seeking a move to increase his chances of returning to an elite PSL level he enjoyed at his previous club, Platinum Stars.
Although Sukazi has still not formally responded to Gazette Sport questionnaires, Ngele has told South African media outlets that his agent has told Sundowns of his intentions to leave. This reporter has established that Ngele has never been given an explanation of why he has been given a reduced role, Pitso Mosimane has not informed him whether or not he fits into next season’s plans.
Ngele will be out of contract at the end of the 2016/2017 season, Sundowns would have to sell him or risk losing him on a free transfer in 2017. His current struggles are an indication that he is unlikely to extend his contract at Sundowns, they will be forced to sell him as a result. 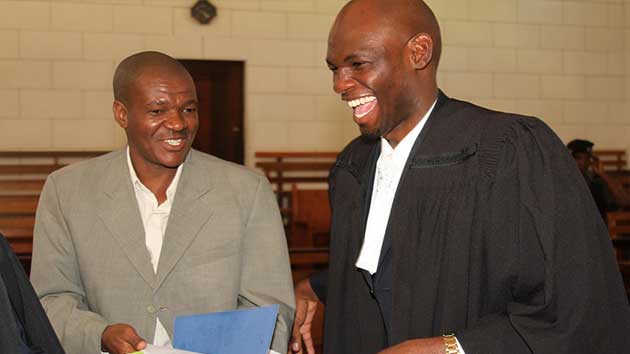