The local Basketball league is in limbo, this is after the association revealed this week that dates for the second round of the league were yet to be decided. Basketball in Botswana continues to be one of the less recognized sports, with the Botswana Basketball Association (BBA) decrying lack of funds and resources to help grow the game locally.
Despite such challenges, the BBA have always ensured that the local league continues to run in every season. However, there is a cloud of uncertainty over the second round of the 2016/17 season. The first round of the league ended in early December, and was expected to commence this month. According to the BBA Public Relations Officer (PRO) Thabang Maranyane, a date is still to be decided for the start of the second round. Maranyane revealed this in an interview with Gazette Sport this week.
“We have appointed a sub committee to help with the running of the league. We have have tasked them with getting finances for the league, as well as how we can improve the standards of this league. We as the new committee, we want accountability, and to produce the best athletes that can play in leagues outside our country,” said Maranyane.
He further revealed that after taking power late last year at the association’s elective annual general meeting, they had set plans to see the second round continue in mid February.
“We had intended that the league resumes in mid February, but at the moment we have a few challenges. Our calendar of events for this year is yet to be released. Currently we have a lot of activities that we are busy with, the national team is in training. We are also busy planing for the FIBA 3 on 3 competition. This is one event we do not wish to stop,” he added.
Quizzed about their search for sponsors for the league, Maranyane said the following. “Yes, we are in contact with a few people over that (sponsorship), but what we want to do is clean our house before we can invite anyone to come onboard. We are currently consulting with the previous committee. It is important to know some of the challenges they faced and also see what we can improve as an association,” the PRO concluded. 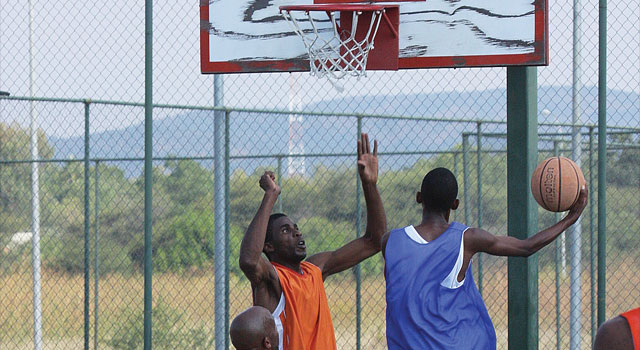