“We are used to it, but he always comes back to compete” – BCF

Botswana’s only International Master Providence Oatlhotse has threatened that he will not play any local tournament hosted by the Botswana Chess Federation. Oatlhotse who is currently Botswana’s highest rated chess player recently failed in qualifying for the national team squad to represent the country at this year’s World Chess Olympiad during the national team qualifiers hosted a fortnight ago.
Ahead of the qualifiers, the local chess master had indicated that it was not appropriate for a player of his caliber to participate in such national team qualifiers, and a defeat at the Olympiad qualifiers has added a further dent to Otlhotse’s existing  ‘sour’ relation with the local chess body.
In an interview with this publication, the 31 year old star revealed that he will not be participating in any local competitions.
“I said it before the tournament, that I should not be playing in this qualifiers. I made a mistake by participating, and it is a lesson learned. I will not be playing in competitions where players are not cared for,” said Oatlhotse.
He says until there is change of leadership or change in the style of hosting local tournaments, he will choose to further his game beyond the country’s boarders.
“I am not going to be playing competitions where players play four rounds a day, and three rounds the next day. This is not good for players, until there is change in the management (leadership) or change in the way games are played I would not participate locally, but rather play international events,” he added.
“My career is far from over, I have won every tournament I have played in locally, expect for the past two competitions I played here. I would also like to wish the team well going to the Oympiad, I believe they will manage to do well,” ended Oatlhotse.
Despite the chess starlet’s sentiments, BCF’s Public Relations Officer Keneese Katisenge said Oatlhotse has not communicated his latest move with the federation.
“We are not aware of it, he has not written or communicated with us (federation). It is not the first time he has said it, we are used to it, but he always comes back to compete, we do not hold grudges against players,” said the PRO. Katisenge also argued that the style in hosting local tournaments has been existing before the current regime.
“This model was copied from Zambia who are one of the best chess countries in Africa. The time controls at these tournaments have not changed. What we as the new committee did was increase the number of competitions. Most local chess players work and some are students, which means we cannot have competitions beyond weekends, and this time control is based on that, and its for this reason that it has been approved by the World Chess Federation,” she concluded.

Office of the President accused of ignoring ex-miners’ petitions 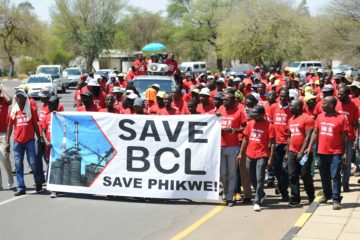