The postponement of the Toyko Olympics due to the COVID-19 pandemic have costed Botswana Athletics Association (BAA) almost P1.3 million, Gazette Sport has established.

The damnable pandemic forced this year’s Olympics which were billed for Tokyo, Japan in July being deferred to July 2021. The decision came after swelling resistance from nations and athletes to hold the Games amid the Coronavirus pandemic.However, the postponement has came in as a heavy blow for BAA as the association preparations for the games was gaining momentum which they had already spent a sum close to P1.3 million.

According to the BAA president Phapane Botlhale, the money was primarily used to pay for lodging during the athletes’ training camp for the Games which began on January 9 and ended on March 31st due to the lockdown. “And during the camp we had two races in Maun and Francistown of which we also spent on travelling as well as lodging at the respective places,” he said.

The BAA training camp comprised of 18 athletes which three of them have already qualified for the Olympics, they include; Christine Botlogetswe, Galefele Moroko and Amantle Montsho who all booked their ticket to the Games in the women’s 400m. The fourth athlete to have qualified for the games from athletics in Nigel Amos is currently based at the Nike Training Centre in Oregon, USA.

Now because of the postponement of the games due to the virus, Botlhale say all the money that they spent on preparations is going to go down the drain. “That is because our athletes have gone to their respective home villages which means they are not training as they would have when they were in the training camp, they are not that active,” he complained. “I mean we do not have enough training facilities across the country, it is a draw back for us and whatever we did will have to be started all over again.”

With that, Botlhale noted that their medal target for the Olympics have now been disrupted. Athletics is the only sporting code to have won Botswana a medal at the Olympics. This was courtesy of a young Amos when he emerged from callow and left the world awe struck after finishing second behind Kenyan, David Rudisha, in a blistering 2012 London Olympics 800m final by recording a time of 1:41.73.

Meanwhile, Botlhale told this publication that they have requested Botswana National Sport Commission (BNSC) to assist their national team athletes during this time of need brought upon by the pandemic. “We all know that our athletes rely on competitions to make an income which means when they are not there (like now) they will be left vulnerable,” he said. “That is why we asked for help from BNSC, I mean as a association we do not have a financial base and we depend on them for support.” 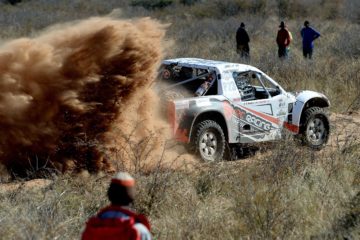