Two points out of a possible six in a high octane be-MOBILE Premiership is likely to have a massive effect on the title race for mining club  Orapa United,who are now left  pondering on  other title challengers to drop points in their remaining games.
A draw this past weekend against relegation threatened Sankoyo Bush Bucks,in a game which saw Bucks come from behind twice to salvage a point dented the Ostriches’ chances of closing the gap on Township Rollers and Mochudi Center Chiefs.
However, Orapa United’s path to a first Mascom Top 8 final has paved way to a glistering campaign with bright lamp posts for Madinda Ndlovu to ensure United does not fall off the track in winning silverware this season. That said,Ndlovu’s team has been on decline since the start of last month. Due to lack of squad rotation and over-reliance on  influential figures such as Olekantse Mambo,Thabang Sesinyi  and Ronaldo Chikomo,United have found the going tough particularly against teams in the bottom half of the league.
On the road,the mining club has played 13 games,winning six and loosing 2 games accumulating 23 points,a record which proves they struggle away from their home turf. Should United continue with the same trajectory, for the remainder of the season Ndlovu will rue their below par away record. Star striker  Onkabetse Makgantai who joined the club in the past January transfer window,has failed to convience since arriving from Nico United.
The latter has played nine  games since joining the Ostriches,scoring only two  goals in what has been an awful campaign for the 21 year old. Another striker who has failed miserably at the club given his international recognition is burly forward Bonolo Fraiser.The former Chiefs striker has made 11 appearances this season only managing to score one goal with many linking him with a move to his former club Ecco City Green’s if they return to the elite league.
Before getting all muddy with Premiership analysis on wherether United can finish strong enough to offer a true title challenge to front-runners Rollers, Gazette Sport analyses the possible points that United can pick in their remaining games.
Green Lovers Vs Orapa United (Serowe Stadium)
Ndlovu’s side will travel to Serowe to face a tricky Lovers side who have failed to deceive at times. However last weeks mammoth  2-0 win over Police Xl eased down pressure on the Marines,as Motlakase are breathing heavily down their necks.United’s hopes of landing a first Premiership title suddenly look precautions but one would expect the depth and gusto in the Ostriches would help them clinch 3 points and pile pressure on Rollers.
Orapa United Vs Gilport Lions (Itekeng Stadium)
Reports have filtered through in  the last few weeks that Lions backroom staff is set for an overhaul with club’s technical director Mlungisi Ngubane short tenure cut short as he is back in South Africa.Things are not particularly looking straight forward for the mining club in this fixture,however their home record speaks volumes being the only team not to loose at home this campaign.One would say they have been fortunate with a large portion of Premiership and Cup games played at Itekeng,but they surely made their luck count.Despite their form having been tailed off a massacre might be on the cards in this fixture in favor of United who would be wary of importance of goal difference if Rollers and Chiefs drop points.
Township Rollers Vs Orapa United (National Stadium)
The decider! A stalemate result in the first round of the Premiership, solidified the Itekeng stadium a fortress status as  many tipped Rollers to end Orapa United’s impressive record.The visitors will go in to their final game of the season with one eye on the Mascom Top 8 final against the same opponent so one would expect Ndlovu to play his usual antics and not give much away on the cup final plans. However, a thrilling climax to the end of the league,is very much on the cards but at the end of the day Rollers are expected to pip the Ostriches to the league title.

Chiefs not ready to give up on title chase

SA vs Botswana retailers : Citizen retailers go for the jugular

“Swimming with sharks in the development sector” 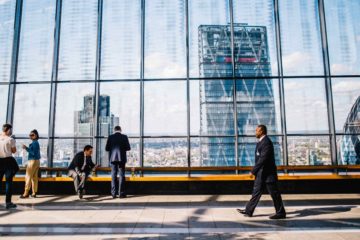