November 20, 2020 Admin
Home»Sports»News»Orapa United’s Mambo in contention for a Zebras call up
News/Sports

Orapa United’s fullback Olekantse Mambo is in serious contention for a place in Peter Butler’s senior national squad for this month’s Africa Cup of Nations Group D qualifiers against Comoros on the 24th and 27th respectively.

The 27 year old has been in superb form this season. The uncapped towering defender last month won the fifth monthly beMOBILE Premiership Player of the month accolade putting him a firm favourite to get a call up in Butler’s 18 man squad.

The Briton has been spotted on stands on a number of occasions at the Ostriches games and information relayed to this publication is that Mambo has impressed the former Sorrento FC coach.

The former Ecco City Greens player has played a crucial part in Ndlovu’s reign at United as they remain the only club that has not lost at their home turf, Itekeng stadium. Based on observations, it is worth noting that Mambo has the discipline and selflessness to make the right alterations to his game and utilize those attributes that Butler demands.
Zebras’ ascendancy under Butler coincides with the mixture of youth and experience with the likes of Lebogang Ditsele getting ample game time which could bolster Mambo’s chances of featuring in  the team in the foreseeable future.
Gazette Sport caught up with Orapa United coach Madinda Ndlovu who praised Mambo’s progress this campaign and tipped him to succeed if called up tothe national team.
“Mambo has undoubtedly been a key player for us especially defensively because of his physical presence. He has taken three man of the match awards in the last three games so that speaks volumes for him to be taken in to consideration for the national selection,” said Ndlovu.
Ndlovu further pointed out that there are areas of improvement for the defender despite his heroic performances this season. “During our last game against Chiefs he was caught napping on the last line of the defence so that is one area he surely has to improve for him to be a regular in the senior national team,” he stated.
The Zimbabwean mentor also praised Butler’s impact at since taking over the senior national team post which has seen Zebras climb up the Fifa World rankings. “In his first few months people could see that he is someone who believes in giving the young players chances, which is good for the development of young players. In the last training camp about five of our players were called up for selection which shows that these so called small teams are getting recognition,” Ndlovu concluded. 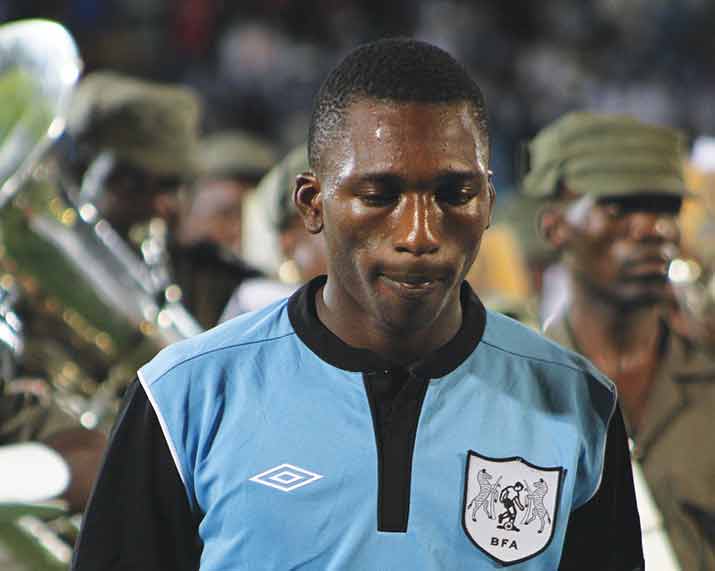