Mochudi Centre Chiefs coach Mike Sithole’s future at the Kgatleng giants will be determined by the outcome of the beMOBILE Premiership playoff against Township Rollers. The club had set deliverables for Sithole, which included winning silverware as an incentive for a contract renewal.
The coach had deliverables of reaching the latter stages of the Mascom Top 8 competition and to win the league. Sithole was set to be offered a new deal after Chiefs were temporarily crowned champions last month, the pending playoff match ordered by the Botswana Premier League has stripped Chiefs of the champion status and that has contributed to the deadlock in Sithole’s contract talks.
The two time league winning coach’s official contract ended in February but he made an agreement with the club to see out the rest of the season. Chiefs’ Public Relations Officer Clifford Mogomotsi confirmed that there has been no breakthrough in contract talks with Sithole, he stated that the talks have been shelved while awaiting the outcome of the eagerly anticipated title deciding playoff against Rollers.
This has now upped the ante for the playoff game as the players could also be playing to save their coach’s job at Chiefs.
“There has been no progress in relation to the coaching position. We had an understanding that meant that he could carry on until the rest of the season. We have not held any lengthy discussions concerning his position. We expect to have a discussion with him after the playoff game, right now the situation is frustrating because we are not yet sure when the game will be played,” said Mogomotsi.
Mogomotsi admitted that the club cannot make any guarantees to keep Sithole despite his successful spell as their coach, he further hinted that there could be changes in the technical team. Chiefs’ management team has also halted transfer activity until the end of the playoff game, at the moment there are no official arrivals and exits according to the PRO.
Players such as Tendayi Nyumasi and Lemponye Tshireletso’s positions at the club will only be sorted after the playoff game as well, the club has been recently linked with a move for Gaborone United’s recently released midfielder Ntesang Simanyana.
“Transfer activities have also been affected by the pending game. We cannot make any signings because we want to make moves based on the recommendation of the technical team, that cannot happen because there might be a change in the technical set up,” he concluded. 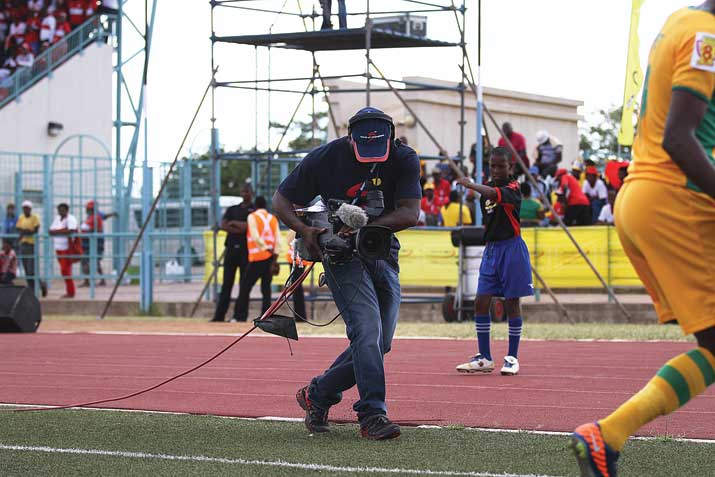