The Botswana Football Association (BFA) leadership trio of Maclean Letshwiti, Marshlow Motlogelwa and Segolame Ramotlhwa reportedly got into a heated exchange on Thursday this past week as the BFA president, Letshwiti, expressed disappointment following the bad publicity the association has been getting recently.
It is alleged that the BFA leader is fed up with negative reports that have threatened to derail the first few months of his presidency, his deputies were on the receiving end in a meeting which was also attended by Chief Executive Officer Susan Lawrence, according to a source.
The source claims that Letshwiti is unhappy and has instructed his top officials to ensure that the association steers away from negative publicity. It is believed that the main bone of contention was the much publicized forensic audit which was not adopted or rectified by the National Executive Committee (NEC) and was not signed by the president to make it official but was still leaked to the media.
The association is, according to insiders, still internally investigating how the supposedly unfinished audit made its way to the media without the authorisation and knowledge of the BFA.
“The forensic process has proved to be a farce because it did not paint the BFA in a good light, they apologized to Mamelodi and that is really not a good look for them. Normally, an institution of BFA’s stature should have control over major processes such as audits but the fact that it leaked to the media implies that they erred by not being more careful about it. The president is unhappy because such occurrences reflect badly on him and his administration,” the highly placed source told Gazette Sport.
According to the source, the president was left reeling after noticing that there is a ‘mole’ within the association who leaked the audit to the media and that it appears the association’s top brass does not have its house in order. In response, the president is in the process of hiring a consultant to oversee proceedings at the association if the words of our source are anything to go by.
Letshwiti has also, reportedly, approached independent accounting firms or accountants to seek a second opinion on the forensic audit. However, the report has been rubbished by the BFA.
Reached for comment, BFA CEO (Lawrence) denied reports that a heated argument ensued during the Thursday meeting. She confirmed that the president did express his disappointment with the negative reports they have received but maintained that the discussion was civil and all three leaders were in agreement.
“Yes, he did express his disappointment, that is what every leader would do if their organization is getting bad publicity. But there was no heated exchange, it is an exaggeration. All three leaders are on the same page, there is no bad blood. They all agreed that the association needs to be more proactive in how they deal with the media, that’s all,” the BFA CEO told this publication.

Crucial away goal for Rollers

Third Travel and Tourism Expo to be held in Kasane 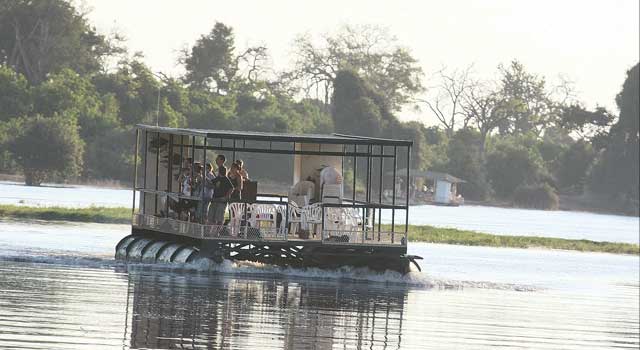