November 30, 2020 Admin
Home»Sports»News»Ramatlapeng could be the key cog for Chiefs’ resurrection
News/Sports

Young forward Thatayaone Ramatlapeng’s exploits in the 3-2 win over fierce rivals Township Rollers could prove instrumental in Chiefs’ awakening from their early season slump. The former under 20 captain was on target and also assisted Remminton Masuku in the 45th minute, cementing his name on the headlines.
Despite the crucial win, it appears there is no stand out star in Bongani Mafu’s Chiefs side as they had been so many years at the club.
At their peak, Pontsho Moloi, Jerome Ramatlhakwana, Dirang Moloi and Oteng Moalosi would have all been able to command a place in most of top sides locally. Nonetheless, Magosi now find themselves having to dig deep and turn to the youth to compete with the big sides locally.
It is a common norm that most fans do give a wide range of answers when asked who their club’s key man could potentially be at the start of the season. They could say it must be probably be a few in the team.
However, in Ramatlapeng the club might have a bigwig at their disposal. One that is not appreciated as much as he should be, because he is not doing his business in the conventional sense. The general consensus has been that ‘Popo’ is a descent player, but not quite at Chiefs’ level, who are always expected to challenge for silverware.
Former Highlanders coach, Mafu has received a lot of stick from Magosi supporters on the his young signings Allen Ndodole, Ronaldo Fortune who have been in a great run of form. Prior to the game, many questioned Mafu’s decision to play Ramatlapeng in the central attacking position and he answered those questions at the right time.
The young forward provided a blistering element of pace which had often lacked in recent games dropping in the middle of the park to isolate the Rollers defence. Much has been centered on Popo being the new width provider in attack in the last couple of games, however in their win over Rollers he illustrated a versatility and unpredictable to his game.
“The game plan worked perfectly because we rested Stanley (Ngala), and we entrusted Popo with the task of going up and getting those through balls on the ground. He is obviously a short guy, so we choose not to put crosses on the box, we played passes in between windows and it worked perfectly for us,” Mafu told Gazette Sport.
Ramatlapeng’s appreciation of space and intelligence to close down the passing lines is superior to that of Ngala who undoubtedly is a threat in aerial balls. For all his panache and physical presence questions have been asked on the Ngala’s ruthlessness in front of goal.
The young striker certainly looks ready to pounce on the opportunity to lead the lines in the upcoming games,but remained grounded after his impressive performances last week.
“I feel very happy, and I would like to thank the coach and the players for helping to unleash my talent on pitch.In the past few matches we used Ngala as a target man,so he was not that bad as people perceived so I think his omission was tactical for the game,” Ramatlapeng told this publication.
Pundits may say it took him a while to get in to his stride at Chiefs this season,but time will tell if Mafu will play Ramatlapeng in his preferred position for the long haul.

Pension industry a significant player in the economy - NBFIRA CEO 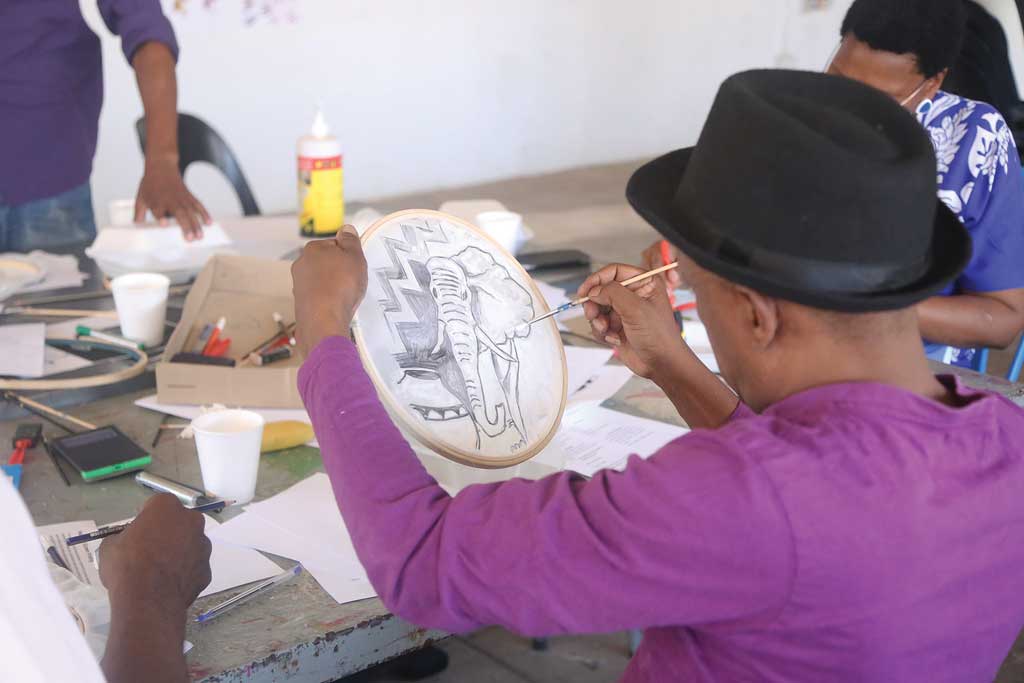