The national 4x400m relay teams now have a demanding task ahead of them, to qualify for the Tokyo 2020 Olympics after they missed an opportunity to do so at the just ended International Association of Athletics Federations (IAAF) World Championships. The championships were held in Doha, Qatar from the 27th of September until the 7th of October.

According to the Tokyo Olympics qualification standards set by the IAAF and the International Olympic Committee, the top eight relay teams in each event at the 2019 World Championships in athletics guaranteed them a spot in their respective National Olympic Committee for the Olympics. The men’s 4x400m relay team thought they have attained that berth after finishing fourth in the heats with a time of 3.06.63, that qualified them for the final.

They however, did not take part in the final after being disqualified for violating the the section 170.19 of the IAAF competition rules 2018-2019. The rule reads as following; “For all takeovers,athletes are not permitted to begin running outside their takeover zones and shall start within the zone.” It continues to read if an athlete does not follow this rule, their team shall be disqualified. The ladies 4x400m also missed an opportunity to qualify after they did not compete with the bulk of its members being injured.

The relay teams will have to sweat to make it to the Tokyo Olympics. This is because for the teams that failed to qualify during the World Championships they will now be selected according to IAAF World ranking list as of 29 June 2020 based on the aggregate of the two fastest times achieved by the teams during the given period.

Quizzed how failing to qualify for the Olympics at the World Championships is going to affect them, Botswana Athletics Association president Phaphani Botlhale had this to say; “ To some extent it is going to drain us a bit. But I must say that we are not ruled of the Olympics, we just missed an opportunity to attain a direct entry,” he said.

He went on to note that they now have to work hard in organizing and attending races of high quality to ensure that they qualify. “ There are big teams that also did not qualify so we will work with them to help each other qualify. We are not going to lose focus as both teams have the ability to qualify, nothing will stop us to qualify,” he said.

Botlhale went on to note that it is their hope that Botswana National Olympic Committee will now come on board in helping their teams to qualify. “We will meet with them very soon and give them our plan for the Olympics, they have to come to the party,” he stated. The international multi-sport event is scheduled to take place from 24 July to 9 August 2020 in Tokyo, Japan. 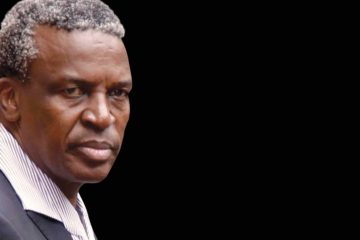