Coach Rodolfo Zapata’s future to be decided as well

Township Rollers have stepped up their effort to retain the services of Segolame Boy beyond this season. Boy’s contract is due to elapse at the end of the month but the club has already started negotiating a contract renewal with one of their prized assets.

This publication had previously reported that Rollers had verbally informed the player of their intention to extend his stay at the club, they have since presented him with an official contract renewal offer and both parties have mutual interest in prolonging the union.

Boy had attracted the interest of South African club Free State Stars when the club was under the tutelage of his former coach, Nikola Kavazovic. However, the transfer seems to not be an attractive proposition for Boy following the club’s relegation and the departure of Kavazovic, who had pushed hard for Stars to sign Boy.

Without Kavazovic it is unlikely that Stars will pursue Boy again and the next step for the player seems to be a contract renewal at Popa. The club has always maintained that they would not prevent their players from moving abroad but they would also be happy to retain their services if both parties are pleased to do so.

Rollers spokesman, Bafana Pheto confirmed the contract talks in an interview with this publication. “The players have just returned from their break, we have managed to set up meetings. Contract talks with Segolame Boy are under way, we are yet to conclude the negotiations. Once we have something to share we will inform the public,” Pheto stated.

Pheto also confirmed that they are set to determine the future of head coach Rodolfo Zapata in the not so distant future. “The coach signed a six month contract and it is set to end soon, after that we will have a discussion with him to map the way forward. We do not have a definite answer right now but we plan to have more discussions with him,” the Rollers spokesman concluded.

Rollers are currently preparing for the Orange FA Cup final against Orapa United which will take place next week Saturday at the Francistown Sports Complex, they recently returned to training last week. 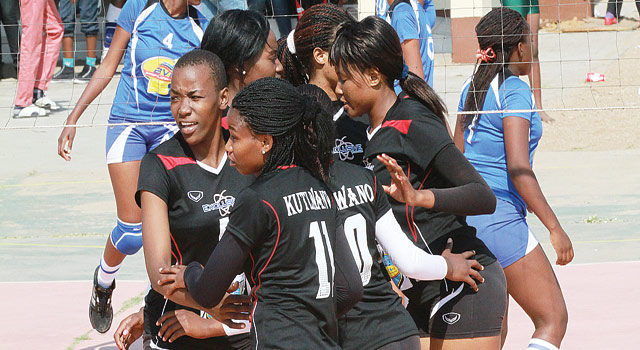