BONGANI MALUNGA Township Rollers have officially announced the return of Nikola Kavazovic as the club’s head coach this past week. Kavazovic endeared himself to the Popa faithful in his first spell in the 2017/2018 season whereby he won the BTC Premiership and the Mascom Top 8 while also leading them to their first ever CAF Champions League group stage appearance.

Gazette Sport previously reported that Kavazovic had agreed a deal with the club in July, both parties had a “gentlemen’s agreement” to keep the agreement discreet while the uncertainty about the return of competitive football was still a stumbling block.

“Township Rollers Football Club is immensely pleased to announce that Nikola Kavazovic has been re-appointed to the role of head coach of our team,” the Rollers communications team stated.

After spells in South Africa (South Africa), Kenya (AFC Leopards), Gaborone United and Jwaneng Galaxy, the Serbian tactician has returned to Popa for a second bite at the cherry. Kavazovic is fresh from winning last season’s BTC Premiership with Galaxy and he will be aiming for a second consecutive league title with different clubs.

He will be aiming to emulate Madinda Ndlovu who was the last coach to win consecutive titles with different clubs with Mochudi Centre Chiefs in 2013 and Rollers in 2014. 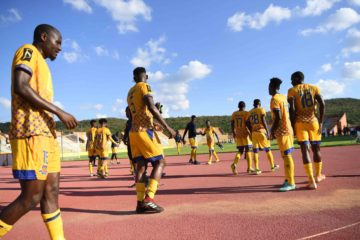