P5.7 million payment awaiting Rollers if they make it past two rounds

Township Rollers are wary of the potential threat posed by their CAF Champions League opponents CNAPS (Caisse Nationale de Prévoyance Sociale), the BTC Premiership champions will lock horns at the Stade Municipal de Toamasina in Madagascar on Friday in the first leg of their preliminary round tie.
Despite being a relatively unknown force in African football, the Madagascar champions have been regular participants in the Champions League and currently boast a better appearance record than Rollers in the past few years. They are Madagascar’s most successful club, boasting a record of five league championships.
CNAPS has won four consecutive league titles in their homeland in recent years and they eliminated Kenyan giants Gor Mahia in the preliminary round last year. They advanced to the first round where they were eliminated by Moroccan side  Wydad Casablanca.
Madagascar has, reportedly, not experienced rain for close to eight months and the temperature levels are expected to be high but Rollers coach Mogomotsi ‘Teenage’ Mpote expects his players to adapt to a different environment given their international experience.
“We spent the week preparing for the Gaborone United game but now our focus has shifted to the Champions League game. One cannot say whether or not we are expecting a test, football is football and we prepare for all games with the aim to win. We are aware of our opponents’ strength, they are a good side, they have won the league four years in a row and they are familiar with Champions League football. Our players are ready and they know what to expect,” Mpote told Gazette Sport.
If Rollers eliminates CNAPS, they will face either Coton Sport of Cameroon or South Sudanese club Atlabara in the first round. CAF has scrapped the second round stage, if Rollers make it past the preliminary and the first round they will automatically be placed in the lucrative group stages for the first time in their history.
Rollers stand a chance to receive a guaranteed payment of at least P5.7 million if they finish third or fourth in the group stages, the consolation prize would represent a bigger cash prize than winning both the BTC Premiership and the Mascom Top 8 combined. 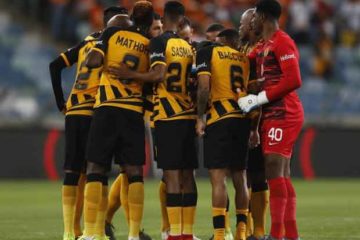