Rudisha acknowledges Amos as a threat

World 800m champion and Olympic gold medal winner David Rudisha has publicly acknowledged that he faces a stern test to claim yet another gold medal at the upcoming Rio 2016 Olympic Games. Rudisha was speaking in a televised special on South African channel Supersport in an hour long documentary titled In Conversation: David Rudisha, on Thursday last week.
The 800m world record holder is wary of the threat posed by his 800m rivals such as Nijel Amos, Mohamed Aman and Marcin Lewandowski. Rudisha has seen his previously untouchable status as the world’s best title taken away from him in the past two years, he has recently returned to the top of the All Athletics.com world rankings for the first time in almost two years.
During the televised interview he stated that, “It is going to be a difficult race. We all have a chance to win, there is no overwhelming favourite going into the Olympics. The competition is a lot tougher than it ever was.” Rudisha’s main rival, Amos, has recently won the African 800m title and will be boosted by his latest achievement with only 38 days left until the Rio 2016 Olympic Games commence.
Inside the mind of Rudisha and what makes him tick
Rudisha is a second generation athlete, his parents were both track athletes during their formative years. The Kenyan middle distance runner’s success is however partly owed to his coach Collin O’Colm who discovered Rudisha as a 12 year old athlete.
O’Colm, an Irish priest, had no athletics experience before embarking on a coaching post for Kenyan athletes in the town of Iten 30 years ago, he has an impressive CV which includes training workouts with over 25 high profile athletes including British Olympic medalist Mohamed ‘Mo’ Farah.
The Irish coach often instructs Rudisha to train with scholars or young athletes in order to “keep him grounded” and not overtaken by his world fame, to make sure that he has no distractions. So far Rudisha has kept a low profile outside athletics and has not been involved in any off field controversies.
O’Colm has taught Rudisha to be a strategic athlete,  the 800m world champion often elevates in four different stages of an 800m race. His coach has encouraged him to partition his pace in 200m intervals, he often gradually increases his pace at each 200m mark during his races plus he likes running in front as a power runner, according to his Irish trainer. The power running tactic often gives him an advantage as his opponents usually struggle to keep up with him during races.
A Gazette Sport research has established Rudisha’s training methods in preparations for major tournaments, he usually trains twice a day for six or seven days. The training schedule is an extract from a book titled How the Young Kenyan Athletes are Training.
Monday
Morning: 8-9 km run + stretching
Evening: Long run 45-60 minutes (12-14km) + exercises
Tuesday
Morning: 8km run (27-30 minutes)
Evening: 10 mins warm up, fartlek (periods of fast running intermixed with slow running) for 60-75 minutes + exercises.
Wednesday
Morning: 9km run at 60% pace + flexibility exercises
Evening: Circuit training (4×2 minutes), 100m striding + long strides for 45 minutes
Thursday
Morning: Slow 60 minutes run over a mixed terrain
Evening: 15 minute runs, diagonal drills for 35 minutes + 10 mins of dynamics
Friday
Morning: 8km run at 30% pace
Evening: Hill repeats (120-200m) x 14 at 60%pace
Saturday
Morning: Striding for 40 mins over 100-120m
Evening: Speed play or 500m run
Sunday
Morning: Easy 8km run
Evening: Active rest

Rudisha acknowledges Amos as a threat 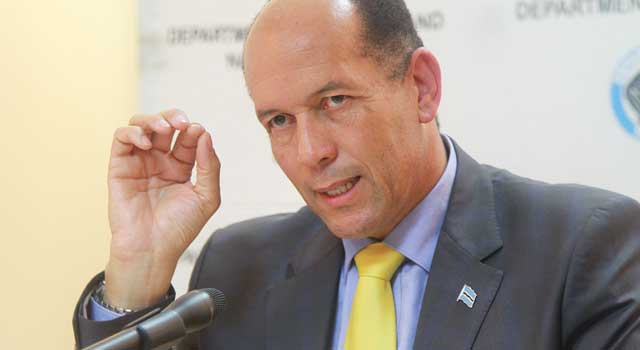