Local football legend Diphetogo ‘Dipsy’ Selolwane will participate in a legends game alongside some of Africa’s greatest players such as Samuel Eto’o, Didier Drogba and Austin ‘Jay Jay’ Okocha. The game will see West African legends take on Southern African legends in Nigeria on April 8, in a bid to raise money for charity (The Kanu Heart Foundation and the Nelson Mandela Foundation). A second installment of the match is billed for May 6 in South Africa.
Selolwane, a former PSL great with Engen Santos and Supersport, will play for the Southern African side featuring the likes of Eric Tinkler, Lucas Radebe, Benny McCarthy and Phil Masinga among others.
The former Zebras player is the chairman of the African Football Legends division in Botswana, his side will face a Western African side that will also include Michael Essien, Pape Bouba Diop and Daniel Amokachi. Selolwane told Gazette Sport that it is his wish to organize a similar game in Botswana and he hopes to implement the idea in the near future.
The game was organized, in part, by Nigerian football legend Nwanku Kanu who is the founder of the already mentioned foundation and also serves as a chairman of the Local Organizing Committee of the game.
Moo Mohammed, the Secretary General of African Football Legends also told this publication that the event has already gathered a massive following and interest in South Africa and Nigeria, he expects both games to be a huge success. 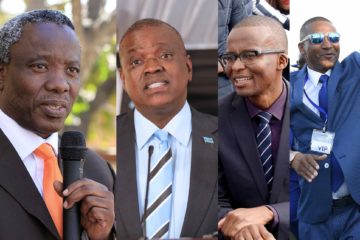