Zimbabwean long distance runner Nkosiyazi Sibanda and Nedbank Runners Club sensation Onneile Dintwa emerged as winners of the Orange Selibe Phikwe marathon 42km main event in the men and ladies categories respectively held this past weekend.
Having missed out on podium places in last year’s marathon,Sibanda clocked 2:20:41 ahead of Godiraone Nthompe (2:20:52) and Kabo Jenamo (2:21:03).According to Sibanda the race terrain was not challenging which paved way for him to break away from the chasing him pack.
“Preparations for the marathon went well and my aim was to reclaim my first position having won the 42km event back to back in 2014 and 2015.The terrain was not challenging compared to other events so it was easy for me. My next race is the Soweto marathon in November so i hope to pick up from where I left off,” Sibanda told Gazette Sport.
In the ladies 42km category, Dintwe registered an impressive time of 2:51:48, in second came Tabitha Moyo with 2:52:34 and Samukelisu Moyo,2:55:03 ( both from Zimbabwe). The first prize for the main race, was P25 000 for both and ladies and prizes were awarded from position one to five in the 42.2km,15km and 10km race.
In other results in the 15km race, Thabang Mosiako took first position with 45:17 while Gaone Bathoeng emerged as a winner in the ladies 15km category with a time of 55:24. The marathon attracts local and international athletes from countries like South Africa, Zimbabwe  and Namibia.
Meanwhile for their part, the marathon’s Public Relations Officer Kennedy Dudzayi revealed plans have already been mapped to extend the relationship which ends next year. “Our sponsorship with Orange ends next year so we intend to continue our contract with them beyond next year. The marathon plays an important role as an economic activity in a town whose economic mainstay vanished as the BCL mine was closed,” Dudzayi concluded. 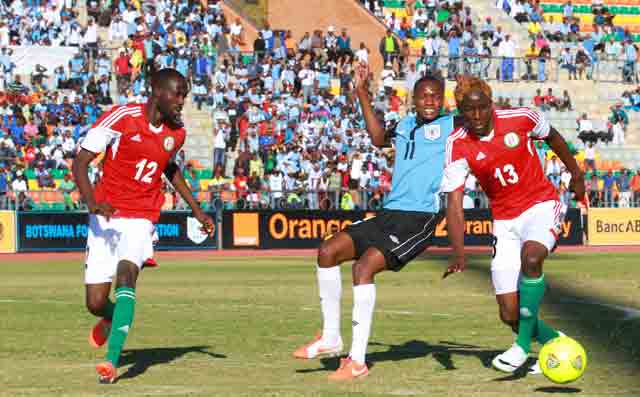