May 30, 2020 Admin
Home»Sports»News»Sikwane pens an “ode” to Doctor Khumalo
News/Sports

Botswana football agent (intermediary) and administrator Olebile Sikwane has penned a book detailing the life of one of Africa’s football icons, Doctor Khumalo. The book, named Doctor Khumalo South Africa, was written from a fan’s perspective as Sikwane waxed lyrical about one of his childhood football heroes.

Nicknamed 16v, Khumalo was one of the most flamboyant, skillful and technically gifted players South Africa ever produced, he influenced numerous top level players in his home country and beyond. His emergence as a local and global force came at a time when South Africa was still feeling the ripple effects of the apartheid era, Sikwane explored how he overcame the odds to become a staple in the history of South African football.

The book paints a picture of the man behind the legend and his life after football. From his professional debut, his best moments and some of his personal moments, the book covers multiple aspects of the South African legend’s life. Many African players struggle to become relevant forces beyond their playing careers but Khumalo has managed to establish himself as a brand and Sikwane has had first hand experience of Khumalo’s business moves through their countless interactions.

“Immediately from the young age of ten, I deliberately made Doctor Khumalo my focus, even on his farewell day to today in his retirement. My eyes have been fixated on Doctor Khumalo the brand, and Doctor Khumalo the legend, and Doctor Khumalo the person! What do you call that? Madness or fanaticism? A friend of mine Ntibi Kidikilwe, calls it hero worshipping. Maybe true, maybe wrong. For me, this is respect and appreciation of the talent that God has blessed us with. It comes from the bottom, the furthest part of my heart,” Sikwane stated in one chapter of his book.

Sikwane is one of only five registered and FIFA recognized football agents (intermediaries), he was instrumental in the transfers of Thatayaone Khamanyane and Kabelo Seakanyeng to Chippa United. He has built an impressive network in local football after also serving as the general manager at Gaborone United recently. He is also a seasoned scribe who delights soccer enthusiasts with his weekly football columns. 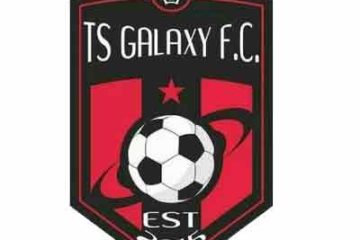