Local sports persons from across different sporting codes will this Saturday be awarded for their hard-work in the field during the 39th edition of Annual Sports Awards. The glamorous sporting awards are scheduled for Ba Isago Convention Centre.

Botswana National Sports Commission (BNSC) has been hosting the annual sports awards aptly dubbed The Night of The Stars, since 1981, intermittently partnering with various corporate players to host awards ceremonies for the sake of recognizing attainment by active athletes from across the spectrum of sporting disciplines in the country.

As it has always been the case in the previous years, the awards to look for in the night are the sportsman, sportswoman and sportsperson of the year. The sportsman of the year award have pitted karateka Ofentse Bakwadi against 400m athlete Baboloki Thebe and Phemelo Khetho of Chess.

Khetho completes the sportsman of the year nominees,he secured a silver medal at the Zone 4.3 Chess Championships and also qualified for the World Chess Olympiad.

The sportswoman of the year remains another category to look for on Saturday. It has put together Christine Botlogetswe of athletics (400m), Thabang Maleke of karate and volleyball player Gaoleseletse Gasekgongwe.

Botlogetswe’s previous year achievements include scooping a silver medal at the Africa Senior Athletics Championships and finishing fourth at the GoldCoast Commonwealth Games. Maleke on the other hand settled for a silver medal in kumite at the Commonwealth Karate Championships. Gasekgongwe on the other hand played a instrumental part on her team (Mag Stimela)’s 2018 Mascom Volleyball League success.

Meanwhile, the sportsperson of the year accolade has no nominees and it is announced on the night of the awards. The award was scooped by a badminton umpire in Emmanuel Kgaboetsile last year ultimately breaking athletics’s dominance in winning the award. 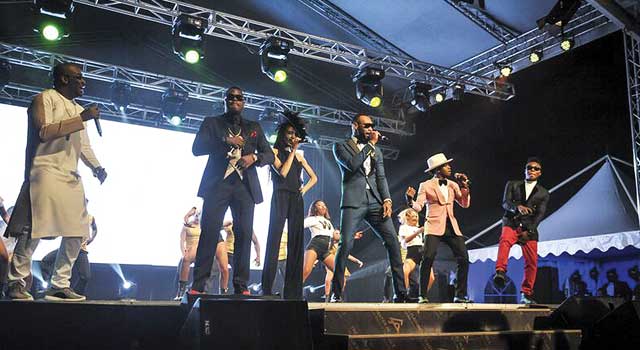