Last season, in an Orange FA Cup quarter-final tie, Security Systems accused their hosts Orapa United of denying them training in an adequate pitch as they were not afforded access to the Itekeng Stadium for training sessions a day before the game.

To say that there is bad blood between Orapa United and Security Systems would be an understatement, their midweek (Wednesday) clash will be an emotionally charged game given the hostility between the teams.
Last season, in an Orange FA Cup quarter-final tie, Security Systems accused their hosts Orapa United of denying them training in an adequate pitch as they were not afforded access to the Itekeng Stadium for training sessions a day before the game.
The Alarm Boys even shared images on social media showing that they had been locked out of the stadium while Orapa was training, after that the hosts left the stadium without allowing their opponents to train according to Systems.
The accusations were never substantiated with an official complaint or a report but the alleged inconvenience left a bad taste in Security Systems’ mouth. Another possible element of hostility in this clash is the return of former interim and assistant coach Daniel ‘Chicco’ Nare who left the club after a controversial clash with the club’s technical team and management.
On Wednesday, the football will have to do the talking as the clubs will be on a collision course for maximum points. Orapa’s Mogomotsi ‘Teenage’ Mpote is of the view that the Alarm Boys’ form makes them the favourites but he underlined that he trusts his players to collect all three points if they continue to apply what they have been working on.
“We have all seen how they have been performing, they are doing well and their six game winning run is a great record. We are the underdogs because of Systems’ record but I do not doubt my boys, we have been working hard and keeping clean sheets along the way. We have won three games, lost once and recorded 2 draws, our form is good and I do not have any complaints. Systems also has a good defensive record, one of the teams will have to find a clever way to penetrate the other. We will have to be at our best because we want all three points. It will be a close encounter as both teams are hard to beat,” Mpote told Gazette Sport.
Nare told this publication that they expect a tough match, he highlighted that his club will have to prove their mettle in one of the country’s toughest grounds. Nare’s side is unbeaten in the league since February when they lost 2-0 against Jwaneng Galaxy, Systems are currently on a 17 match unbeaten run. In the 17 match unbeaten run, they have recorded 12 wins and 5 draws.
“This is going to be a difficult game, they have home ground advantage and they have one of the best squads on paper in Botswana, they also have great individual talents. It will be a hostile environment, we need to test ourselves and see whether or not we can win in the lion’s den. We are at the top of the log because we are consistent, we need to keep it up. We are a small club compared to others, we can fly under the radar without a lot of people noticing, we are not under any sort of pressure this season,” Nare told this publication. 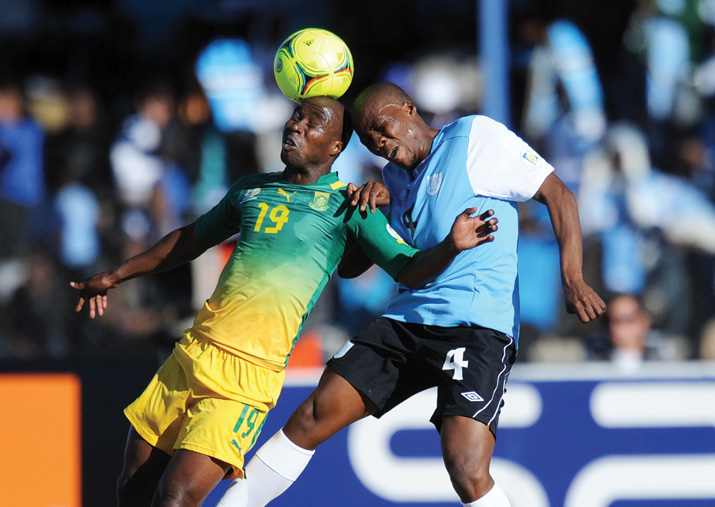