Former Gaborone runners club athlete, Matshidiso Tamara says she hopes to build on her impressive showing at the recently ended Southern African Postal Operators Association (SAPOA) games. The region games, were this year hosted by Botswana Post in the spirit of togetherness amongst the staff of various postal operators in the region, as well as encourage staff participation and wellness. Lesotho and Namibia were the two nations present to make this year’s competitions possible.
Though the games are restricting to allow participation of none postal workers, the crowds were served to some good entertainment on display during the three days event at the Molepolole Sports Complex.
One of the big entertainers at the games, Tamara, dished out some fine performance on the track and field categories. She went onto to claim two individual medals, and one gold in the 4×4 womens relay, which she says marked her return to the track, after a long lay off due to pregnancy.
“I am a full athlete, I have recently started my training, in preparation of these games. This is actually my return to the track from the maternity break , and I am going back to athletics,” said Tamara who won a sliver for the 5Km race and also gold in the 400meters.
Tamara, who says began her athletics career during her early school days, revealed that she has previously represented the country in a number of competitions regionally and internationally.
“I began my career at school (Primary School), until up to senior school, which was when I started representing Botswana. My first race was in 2006 in the Kumakwane Cross Country, and also went onto to participate at the AAC (Africa Athletics Championships) which had Zimbabawe, Nambia Botswana the same year. I have also represented the country in races in Comoros, and two senior championships,” she added.
“Since I moved to Molepolole, I have been able to have time to train, as compared to my previous post, where I could not afford time to train. The problem was that my bosses did not understand much about sports, so I was always restricted even to participate in any athletics activities. I strongly believe that when I complete my full return next year, I will be able to do my best,” gave the runner.
In closing she revealed that she has set her sights on making her full return to competitive running next year in the Diacore Marathon, which she intends to win.

The king is dead, long live the king! 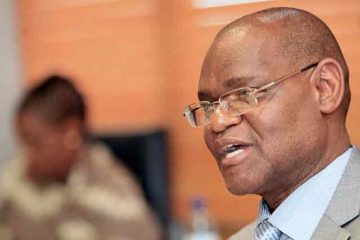