Castrol Team Toyota’s Anthony Taylor and navigator Dennis Murphy will be eyeing for a fourth title on the bounce at the Donaldson Cross Country Championship Production vehicle category this coming weekend from 24th to 26th at Jwaneng after winning the race in 2013, 2014 and 2015 respectively.
The reigning champions Taylor and Murphy took first position last year clocking a time of 01:14:06 ahead of Ford Ranger’s Gary Bertholdt (01:14:28) and Castrol team Toyota pair Leeroy Poulter and Rob Howie (01:29:04).With 60 points up for grabs over the two heats that will make up the race, the three finalists could go a long way towards determining who will take the vice-like grip on the championship.
However, Taylor’s experience could once again become the telling factor, having dominated the race since 2013 winning four of the eight rounds, including the Blue Riband 1000 kilometer desert race in Botswana to claim Toyota’s second successive title. The pair of Taylor and Howie followed up with another championship title in 2014, when they won the opening round of the season before adding wins on the Nkomazi 450 in Malalane and Toyota 100 desert race in 2014.

In contrast,  a spirited Ford Ranger’s Bertholdt rather took a backlash last campaign after failing to end Castrol Team dominance since the retirement of fans favorite Hannes Grobler. The highly experienced Bertholdt and Siegfried Rousseau are expected to once again push Castrol Team Toyota’s Poulter and Taylor to the wire and for a long awaited title win.
In years gone by Mantshwabisi as it is affectionately known, has passed through the village of Mantshwabisi in the Kweneng District of Botswana, but this year again the race will once again move back to Jwaneng. “As part of Botswana Tourism Organisation (BTO) we made a three year plan where the desert race will be hosted in Jwaneng. Last year we had large numbers of people at the mining town which really impressed us,” Head of Communications at BTO Keitumetse Setlang told Gazette Sport.
Setlang further revealed that the move to Jwaneng has so far been a successful with locals,visitors from South Africa and neighbouring countries gracing the event. “We had good relations with the Jwaneng authorities so we expect this year to be no different with designated around our theme ‘DON’T SPOIL IT,’ she concluded.
Meanwhile the championship will include the South African Cross Country Motorcycle and Quad Racing championships which will have three and four rounds respectively. 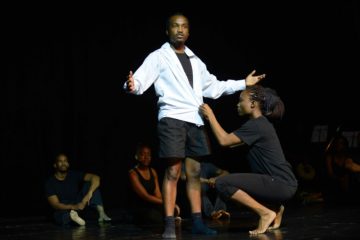