Team Botswana will have their largest ever contingent of Olympic participants, so far 11 athletes have qualified for the upcoming Rio 2016 Olympic Games which will commence this week. Botswana’s chances of garnering numerous Olympic medals in a single tournament are at an all time high given the excellent form displayed by the athletes during qualification.
Gazette Sport has listed the athletes who pose a threat to Botswana’s quest for gold medal glory.

400m (Isaac Makwala, Baboloki Thebe, Onkabetse Nkobolo) – Men
Kirani James (Granada): The 23 year old James can stake a claim as the world’s best 400m athlete in recent years, the Granada sprint king won an Olympic gold medal (in 2012), the world championship title (2011) and the world junior title (2010) before turning 20. He has been a menace to the likes of Makwala and will provide a stern test for Botswana’s above mentioned trio. Experts believe he is yet to reach his peak and that could be a scary reality for his competitors given his already long list of accomplishments under the age of 25.

LaShawn Merritt (USA): In terms of accolades collected over the years, Merritt is the measuring stick of 400m competitors at the moment. The American has collected 20 gold medals in various major tournaments in the last 12 years including an Olympic gold medal in 2008 and a world title in 2009. At the age of 30 he could be heading into the twilight of his career and he is aiming for the perfect swan-song by winning yet another gold medal.

Wayde Van Nierkek (RSA): The South African sensation has, in the past two years, emerged as a serious contender for the 400m crown. Van Nierkek is the current 400m record holder and the world 400m champion after claiming the title in China last year. He is regarded by many as a ‘dark horse’ in this year’s 400m Olympics given his knack for winning races when least expected to do so, the South African is a star in his own right and is now considered one of the world’s best.
Men’s 400m schedule
Friday 12 August –
Heats (morning)
Saturday 13 August –
Semifinals
Sunday 14 August – Final

400m (Christine Botlogetswe, Lydia Jele) – Women
Christine Botlogetswe and Lydia Jele’s qualification for the Olympics has papered the cracks of the country’s previous worry of not having a successor for Amantle Montsho in the women’s 400m field, the duo has a chance to prove that they can hold their own under intense pressure and finally succeed where their predecessors fell short.

Allyson Felix (USA): 30 year old Felix is one of the most versatile runners in the world, she is among an elite few athletes who have won world championships at 200m and 400m levels, the experienced racer is chasing her first individual 400m Olympic gold medal since making a transition from 200m to 400m races. She is amongst the favourites to win one of the prized medals given her experience and will to win.

Christine Ohuruogu (UK): Britain’s 400m star is in the peak years of her career and could use the Rio tournament as a personal mission to end her career on a high. The former Commonwealth, European, Olympic and world champion is highly motivated to win big this year after obtaining a silver medal at the 2012 Olympics in London. The 32 year old has, on many occasions, proved that she is still one of the world’s best and has ‘aged like fine wine’, her age has not hindered her from outshining her younger counterparts.
Women’s 400m schedule
Saturday 13 August – Heats
Sunday 14 August – Semifinals
Monday 15 August – Final

800m (Nijel Amos, Boitumelo Masilo) – Men
No matter what happens in this year’s Olympics Amos has already written his name in 800m folklore, he has been the best 800m athlete in the past two years but he surely wants more, an Olympic medal would surely cement his place among the greatest 800m athletes of all time. The same goes for Masilo who will be eager to prove that he is not just another participant, he earned his place in Rio and could spring a surprise as somewhat of an unknown quantity, something Amos knows all too well.

David Rudisha (Kenya): The fastest man in 800m history will provide the toughest test, he is motivated by revenge having seen his status as the world’s best taken away from him in recent years. History suggests that Rudisha always saves his best form for the Olympics and he could be highly charged up to win yet another gold medal at the expense of his rivals.

Pierre Amroise-Bosse (France): A lesser known force but still a force to be reckoned with, the Frenchman has recently emerged as a serious contender after numerous impressive IAAF Diamond League performances this year. He is the highest ranked 800m athlete in the All Athletics.com monthly rankings, a testament to his progress in the 800m category.

Mohammed Aman (Ethiopia): A serial threat in Olympic and world championship races throughout the years, Aman has always been a tough opponent for the likes of Rudisha and Amos. The 22 year old won the 800m world title in 2013 but lost it two years later as he was disqualified during the early round heats, that robbed him of a chance to defend his title and he now has another shot at a major title and should not be underestimated.
Men’s 800m schedule
Friday 12 August – Heats
Saturday 13 August –
Semifinals
Monday 15 August – Final

50m freestyle (Naomi Ruele) – Women
Ruele has already made national history by becoming Botswana’s first swimmer to qualify for the Olympics, tougher and more rewarding feats await her in the Rio tournament, if her form in the USA is anything to go by she will not be fazed by the occasion and could prove a nuisance for her competitors despite being in the fledgling stage of what looks to be a promising career.

Ranomi Kromowidjojo (Netherlands): The three time Olympic gold medal winner’s surname might be a tongue twister but she has made a name for herself by twisting and turning her way to numerous gold medals in different swimming disciplines.  She is the Netherlands’ best young prospect and is the overwhelming favourite.

Simone Manuel (USA): Like Ruele, Manuel is a top college prospect making her debut at the  Olympics. She has also been making waves at national level and should be regarded as an emerging threat in the same manner as Ruele.
Women’s 50m freestyle schedule
Friday 12 August – Heats (morning), Semifinals (afternoon)
Saturday 13 August – Final
100m backstroke (David Van Der Colff) – Men
Van Der Colff joined Ruele as Botswana’s second Olympic swimming participant as an impressive regional force in Africa, he now has the opportunity to make a name for himself at an international level.

Nathan Adrien (USA): Adrien is the defending Olympic champion, he is also a three time Olympic champion. He is an asset to the USA swimming team because of his ability to obtain medals at individual and relay team levels, he is probably the most decorated of the 100m backstroke swimmers at the Olympics and will still be a menace in the tournament.

Duncan Scott (UK): The Glasgow born teenage sensation is already a European champion at 19 years of age, he is showing glimpses of a superstar in the making with a total of 11 medals in various continental and global tournaments so far. His list of medals includes seven gold medals and four silver medals in just two years. His prolific medal haul is an indication of his ability to potential to cause an upset and potentially challenge for top honours.
Men’s 100m backstroke schedule
Sunday 7 August – Heats (morning), Semifinals (afternoon)
Monday 8 August – Final 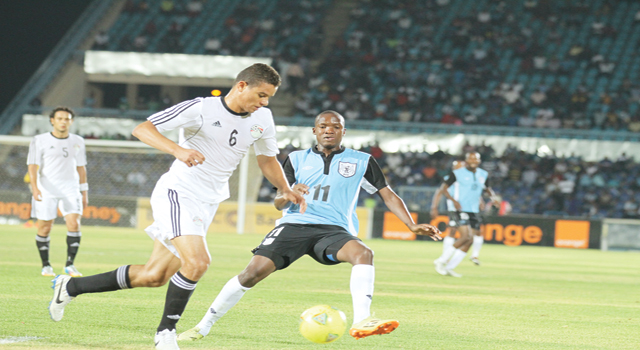