It is a pattern so often reflected at the start of be-Mobile Premiership campaign, the chasm in financial power of local giants Township Roller’s massive financial control over other BPL teams. However while others might view the statement bleak, Rollers incredible squad valuation compared to other Premiership teams has been a huge factor of their dominance in local soccer circles.
According to close sources within the club, at the helm of most transfer deals and business at Popa lies popular businessman & Rollers Director Jagdish Shah. Down the years the market of course has heavily been inflated sound investments from local businesses but since Shah’s arrival at Rollers,the club has gained significant financial strength.
Throw in some eye-wateringly large sponsorship deals with Stanbic Bank,Capital Bank,Liberty life,Builders Mart,Umbro & Jack’s Gym,Popa are Botswana’s most finacial stable club. There is unreasonably high demands,supported by huge budgets and fan bases at Popa,leading them to attract top local players.
In a leaked report relayed to Gazette Sports on latest acquisition Mosha Gaolaolwe,the defender’s signing on fee is reported to have been worth a whooping P1000.00.This publication had previously caught up with outgoing BDF XL spokesperson last month Thusang Jacob who shared the same sentiments regarding the incredible offer by Mapalastina.
“Our main intentions were to keep hold of Gaolaolwe going in to the new season but then Rollers came up with an incredible offer which tempted the club and the player to accept. We have to accept that they (Rollers) are a financial powerhouse locally which works in their favor”, echoed Jacob.
At start of 2015/2016 campaign Newcastle academy product Carl Finnagan arrived at Rolllers for a reported P55 000 transfer fee . Even though Finnagan reunion with Mark Harrison was cut short in the second round of the Premiership campaign, sources have revealed he was one of the highest paid players at the club.
To add on more details on Roller’s financial edge the club’s most prized asset Segolame Boy turned down a lucrative offer from an unconfirmed Indian Premier League (IPL) to commit his future to Popa, a decision which had many shaking their heads.
Whatever their transfer budget is, in the past few seasons Rollers have spent large chunks of fees in bringing back South African Premierships former players in Joel Mogorosi,Kabelo Dambe,Mogogi Gabonamong,Shakes Ngwenya and Namibian Jerome Louis. Interestingly this past week, Rollers became the first local club to introduce the Fieldwiz device,a strategy and physical measuring tool for football players. The club also branded their Scania team bus this past week sparking a good vibe between their supporters before the start of the 2016/2017 football calender.
With millions of money generated by the TV revenues and gate takings, it is hardly surprising that so many terrified investors find themselves making wild managerial appointments in the each league campaign.
Gaborone United’s Nicolas Zakhem,was again at the center of controversial casualties at the Reds last season who were once again  tipped to challenge for the Premiership title. Argentine gaffer Rodolfo Zapata was placed in the managerial hot seat towards the end of the season, till date the 49 year old has not reported for pre season duties.
Close sources to the club have revealed that Moyagolele’s players monthly salaries have been paid in the past two months. Meanwhile officials within the club are reported to be in talks to lure Zakhem back to the club ,with GU’s financial constraints on a high.
Equally another local soccer giants Mochudi Center Chief’s budget has been swelled by parachute internal issues with players mourning on the lack of payments. Part of mass exodus exits from the club this summer was  Lempnye Tshireletso who recently agreed a two year deal with Rollers. The Jamali family are said to have departed the team and  to have sold their Tlokweng farm which the club has been using for some time adding more worse to the Kgatleng giants.
The debate on how to survive in the high octane Premiership season will rage on for years, but for many teams will draw inspiration from the Orapa United’s fairytale campaign last season.Players in the modern football are expensive, either in wages, transfer fees but the Ostriches demonstrated it just takes the right backing from the management to bring success to a club. 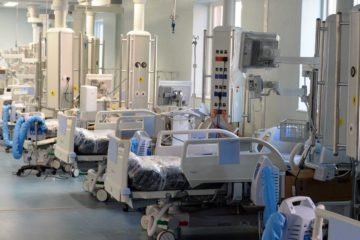