Botswana’s hopes to attain its first ever IAAF World Championships podium finish in the men’s 4x400m have been dented after Baboloki Thebe was ruled out of  this year’s  athletics global showpiece edition due to  a injury that he sustained at the African Games last month.

Many within the athletics circles thought Botswana will challenge for a podium finish in the men’s 4x400m at this year’s World Championships mostly considering their impressive performances at the 2018 Commonwealth Games. That is after they won a gold medal in a time of 3:01.89 on which Thebe and Isaac Makwala played an influential role. However, as things stand it looks like the local team will have a tough go as they will be without two of their influential members in Thebe and Makwala who are out due to injuries.

The team’s coach Justice Dipeba told Gazette Sport in an interview that Thebe and Makwala’s absence is going to affect them but was quick to advice that in athletics experience does not count but rather the athletes performances. “And I think we will perform well with the current team that we have, remember that they won a gold at the African Games and I expect them to do even much better at the World champs,” he noted. The local team finished first at the African Games with a time of 3:02.55 which also qualified them as the 15th out of 16 teams for the championships.

Dipeba went on to inform this publication that he is still not sure if they will use Nijel Amos in the relay as he is going to have a busy 800m schedule. “It is going to be a hectic one for him as the 800m can be really fast, so it will just depend on how he feels after his races,” he noted. Amos is the fastest local athlete in 400m this year with a time of 44.99 that he attained in Italy earlier this year.

Onkabetse Nkobolo and Leaname Matoanong are expected to lead the relay team, they wil be alongside Leungo Scotch and Ditiro Nzamani. “ So this is a young team that we do not want to put under pressure by setting medal targets for them,” Dipeba stated. Other members of the relay include Boitumelo Masilo and Zibani Ngozi as reserves. The World Championships are billed for Doha, Qatar from the 27th to the 6th of October. 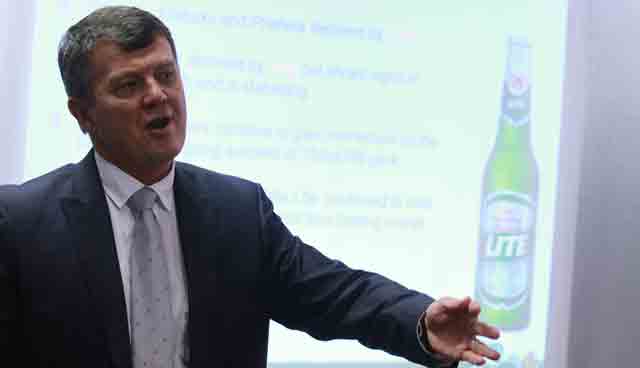