The 2012 Debswana Boxing Awards will take place at the Boipuso Hall this weekend. The nominees for the Boxing’s Premier Awards ceremony have been announced: The biggest prize up for grabs is the Boxer of the Year accolade, which will be contested by three of the country’s best boxers. The recipient of the award will walk away with P8000.00 as well as bragging rights as the country’s top boxer. Oteng Oteng, Tirafalo Seoko and Mooketsi Lekgetho are in contention for the coveted award. The trio enjoyed successful seasons last year and they all expect to be rewarded for their exploits. Oteng won the award in the last two years and is vying for the third successive win. The 22-year old is arguably the front runner, given his title as African champion and being the country’s sole representative in last year’s London 2012 Olympics. He has dominated local boxing in the past three years since winning the Promising Boxer of the Year award in the inaugural awards three years ago. A ﬁrst round exit at the Olympics was the only low point of his 2012 season; he made amends by winning a gold medal in a tournament held in Serbia towards the end of the year.

Oteng’s achievements have earned him another spot in the Botswana National Sports Council (BNSC) Awards nominations in the Sportsman of the Year category. He won the top BNSC award last year and few would bet against him retaining the award. However, he will compete with equally talented boxers on Saturday. Seoko and Lekgetho have also staked their claim for the top boxing award with impressive performances. The latter was Botswana’s only gold medal winner in last year’s Africa Boxing Cup, which was held in Gaborone. He earned a gold medal after defeating South African boxer, Lebogang Pilane, inthe ﬁnal of his category. Tornado, as he is affectionately known, was the most successful local ﬁghter in the continental competition. The third nominee, Seoko, is a boxer who has been earning rave reviews for his performances last year. He won a gold medal in Serbia alongside Oteng; he was also victorious in a friendly in Zambia in which he helped Botswana record one of the seven victories in Lusaka. The Male Promising Boxer award will see Keabaka Motsebe, Kabelo Bagwasi and Kenneth Keotswele competing for the accolade that rewards the country’s young boxing prospect. The Female Boxer of the Year award will be contested by Keneilwe Rakhudu, Pearl Morake and Tshepang Moilwa. The Female Promising Boxer award will be contested by Joyce Katlholo, Lesego Elijah and Koketso Dipogiso. 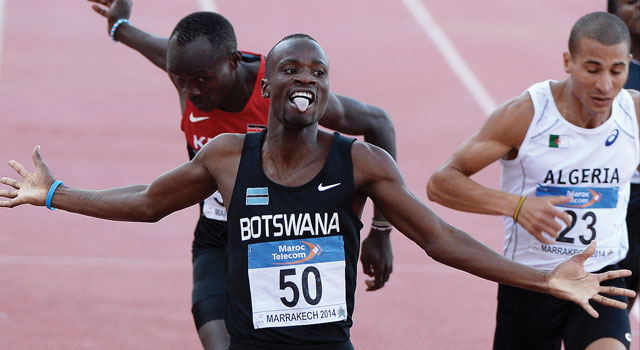