The Zebras number 10 position, it could be argued, is a vacant position that has not found a suitable and permanent suitor in many years. The likes of Mogakolodi Ngele and Segolame Boy have been deployed in the position in recent years and they have flattered to deceive, none of the aforementioned duo has consistently claimed a stake to be the undisputed playmaker of the national team.
Ngele is widely regarded as the most talented Botswana player and has all the attributes to play in that role, however, the statistics suggest otherwise as the player has scored two goals in four years, it is hardly the form of an elite player but club struggles have also contributed to his lack of consistency at international level.
Rollers’ Boy is yet to grasp the opportunity and grab hold of the position, he showed early signs of being a national asset  but his form declined spectacularly last season. Baroka FC attacking midfielder Mpho Kgaswane is enjoying the best form of his Premier Soccer League career, his team’s flying start has defied the odds and he has scored in consecutive games.
Kgaswane’s recent form suggests that he could be on the right path in terms of winning a place in Major David Bright’s squad. Kgaswane is currently doing something Ngele and Boy are not doing, he is scoring goals in Southern Africa’s best league.
His impressive form started in the game against Free State Stars where he scored his first ever PSL goal, he followed up with another goal in the midweek win over Veselin Jelusic’s Bloemfontein Celtic.
The former Gaborone United player scored the second goal in a 2-0 win over Celtic last week Wednesday. Kgaswane has all the qualities of a playmaker, he has an impressive passing range, pace and an eye for goal but positional discipline has proved  to be his ‘Achilles-heel’.
The left footed player has shown growth and patience this season, he has been used as a substitute on some occasions but he has not sulked or complained, instead he has scored to demonstrate that he can deliver when called upon. His reliability is further evidence that he has developed since moving to the PSL, and based on his current form he can do no wrong.
Currently, he has Ngele and Boy ahead of him in the Zebras pecking order, he has to eclipse them in order to make the position his own, if he maintains his form it would be difficult to bet against him being the Zebras’ “go to guy” in the near future. 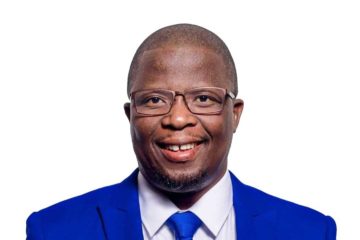