Vivo Energy are the latest company to join Gaborone United as one of the club’s new sponsors for the 2016/17 season. The Money Machine has experienced financial troubles of recent after parting ways with long time investor Nicholas Zackhem earlier this year. This also saw the club struggle to keep up with the rest of their competition in the August transfer window, with the team being able to register only 23 players for the 2016/17 season.
However, after having to twice postpone the club’s launch for the new season, this publication has it on good authority that petroleum company Vivo Energy Botswana will be among the sponsors unveiled tomorrow (Wednesday) evening at the club’s launch in Gaborone.
“Vivo is one of the sponsors that will be unveiled on Wednesday. The deal is done,” said a source close to the developments.
The informer further disclosed that it was the formalities of the deals that saw the club twice postpone the launch.
“The deals were done in principal, but what forced the delay were the formalities, that is the reason why it was taking long that the club would announce the new sponsors,” carried the Gazette Sports source.
“Though nothing much has been said on the details of the last two sponsors (Huawei and Vivo Energy), apart from the Zac Construction deal, what is certain is that things are now back in order at GU or even better. The EXCO (Executive Committee) have been really working hard to try and steady the ship, and they have achieved it. What is good is they (EXCO) also held a meeting with the players last week to discuss several issues, and the players were happy with the outcome of the meeting,” concluded the informer.
The three sponsors are expected to contribute several millions to the club. Meanwhile, despite the club’s head coach Rudolf Zapata stating his clear intentions that he is aiming a clean sweep of silverware on offer this season, it is said that the club has since decided to fully fix their attention to winning back the Mascom Top 8.
GU has endured a mixed bag of results in the BTC Premiership, collecting 5 points from a possible 12. The club is anticipated to don their new re-branded kit when they face Nico United at the weekend in the BTC Premiership. 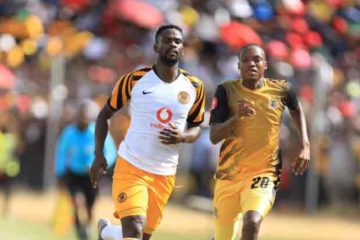