Smoking a ‘Shisha’ pipe has become a favourite past time deed for urban dwellers. Although the pipe is not considered an illegal drug, it may have a negative impact on an athlete’s health and public image. Sports personalities (players) around the world have been labelled irresponsible for publicly displaying their smoking habits.

A shisha pipe is an instrument used to smoke flavoured tobacco, it is a sweetened version of a smoke piece which makes the scent of the tobacco more appealing than that of a cigarette. Medical experts have speculated that an hour long session of smoking through the pipe is equivalent to taking in 200 cigarettes thus the health hazard it presents for athletes.

Some have argued that the shisha item is harmless, however, it contains the same contents found in a regular cigarette. It consists of nicotine, tar, carbon monoxide, arsenic and lead. Medical experts added that it may have the same health risks as the ones posed by normal cigarettes. Heart diseases and addiction to the pipe have been mentioned as the two most common negative results of using the popular smoke piece on a regular basis.

International football players such as Raheem Sterling and Jordan Ibe were widely criticized after images of the duo appearing to smoke shisha pipes were leaked to the media. The Liverpool Football Club duo was given a verbal warning by their club as the Merseyside team informed them of their negative impact on aspiring footballers who see them as role models.

Recently, two locally based players (names withheld) have posted photos of themselves smoking and exhaling smoke clouds of the shisha pipe on social networks. The public images of the players are at risk of being tarnished as their deeds go against the strict rules that govern players’ actions off the pitch.

Dr Khalid Anis, based in Manchester, England had the following to say about the pipe in an England based publication, “There’s a misconception that shisha is not as bad for you as cigarettes, because the tobacco is flavoured and passes through water first. But the carcinogens and nicotine are still there. So a regular shisha smoker can expect to be at risk to the similar health problems that cigarette smokers face, whether that’s respiratory, heart disease or cancer. As with any other tobacco product, I expect regular shisha smokers will find it addictive to the point that they may need it every day.”

‘Absolut Bar’ – your drink will never be the same 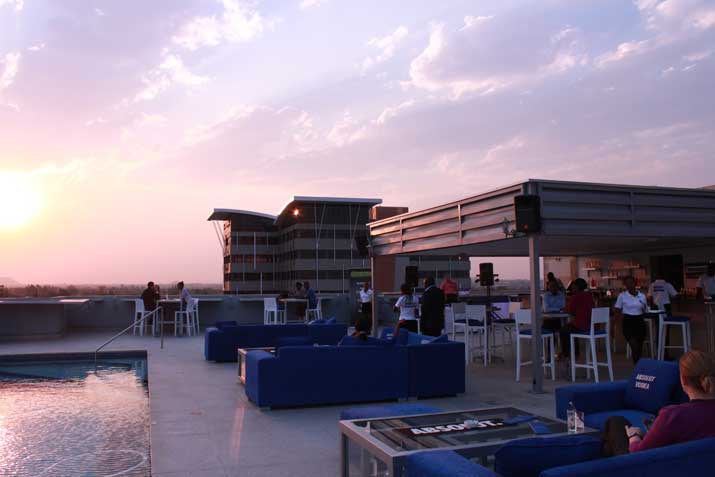