Transfer records around the world are often shared with the public and media alike, they are easily accessible on media platforms and club records. Transfers such as Paul Pogba’s £89 million move to Manchester United, Kolo Toure’s £500 000 move to Arsenal in 2002 and Keegan Dolly’s €1 million move to Montpellier are just a click or a phone call away when in need of   clarification.

In Botswana, clubs have apparently sworn to secrecy when it comes to releasing information about transfer fees and players’ contracts. The record books have listed only a handful of confirmed transfer fees involving Botswana players but none of the clubs have officially backed the information.

An investigation carried out by Gazette Sport has unearthed findings which suggest that club officials usually keep the transfer fees away from clubs and pocket them for their own gain. They allegedly hide transfer records or refrain from divulging financial details of transfers in order to avoid accounting to shareholders or the society (as many clubs are registered as societies).

The club officials know that they will have to account for figures at their respective Annual General Meetings and they normally state that players left on free transfers when, in actual fact, a transfer fee was paid in order to deceive followers and the clubs as a whole. The deals are often done in a discreet way, players are unveiled without the media or the clubs they left being given official contract details and transfer records.

How officials gain from players

Normally, certain club officials approach star players of less fancied clubs with the promise of transferring them to bigger clubs. The players would be advised to hand in transfer requests or to negotiate deals with the interested clubs without informing their current club of  a potential transfer.

Many players have been lured to secret and unapproved meetings with interested parties at private locations to negotiate the deals. There is a school of thought that most players are unaware of their market value and they are often exploited for “being ignorant”.

The extortion is disguised as a favour and numerous players have been robbed and denied gaining from their transfers. The standard practice of a transfer is for the selling club to earn money from a transfer but the officials are the ones benefiting from transfer deals, at the expense of their own clubs.

Transfers that were unaccounted for

A debate often ensues among football fans when a question arises on the subject of Botswana’s record transfer move; Joel Mogorosi’s move to Celtic in 2012 as well as Mogakolodi Ngele’s transfer to  Platinum Stars in the same year have both been mentioned as multi-million Pula deals.

Mogorosi’s move is reported to have cost Celtic P2 million but the real transfer fee is complicated as reports state that his then club Mochudi Centre Chiefs were forced to pay Zimbabwean club FC Platinum P600 000 to compensate for the failed deal to send him to Zimbabwe since the side had paid Chiefs P400 000 to sign him.

Ngele’s move produced more controversy as Rollers reportedly did not receive any of the player’s transfer fee, the money was reportedly transferred to a top Rollers official’s South African bank account.

The official bagged R300 000, the club did not gain from the move and that in turn starved his first club UF Santos from gaining a FIFA stipulated development fee. Another example was the transfer of Mpho Kgaswane from Santos to Gaborone United, Santos reportedly bagged P20 000 from the move.

However, Kgaswane’s first club FC Tourism were denied a development fee as they were made to believe that he joined GU on a free transfer. Another transfer that was deemed controversial was the Chiefs and CS Don Bosco’s deal involving Phenyo Mongala, Dirang Moloi and Jerome Ramatlhakwana.

The DRC deal was a five year deal but the financial details of the transfers were never released to the Botswana Premier League and the public, it is alleged that the transfer fee was bagged by certain officials although the report is unconfirmed.

The clubs’ reluctance to release the transfer records is widely viewed as a suspicious act, however clubs can defend themselves by stating that they have the right to withhold financial records from the public. 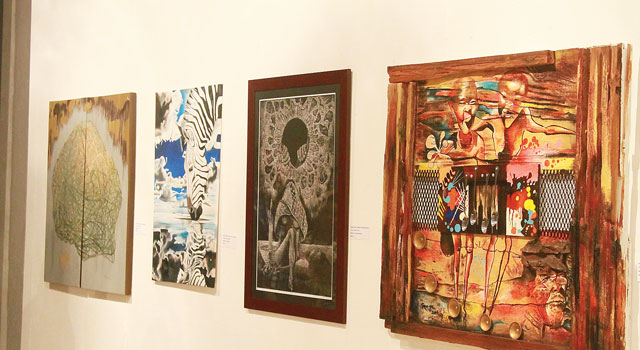