Subsequent to the reading of the 2013/14 Budget Speech to parliament on 4 February 2013 by the Finance Minister, Kenneth Matambo, the Appropriation Bill was remitted to the Committee of Supply. As per parliamentary standing order 77(1), the Committee debates budget proposals for a maximum of 16 days. Once the debates are completed, the Bill is ready for approval by parliament. This happened on 21 March and implementation will follow. As mentioned above, the Botswana parliament, using the power of the purse, the ultimate power reposed in parliaments (see James Madison, 1788; Federalist Paper No. 50, approved the 2013/14 Appropriation Bill that was tabled by Minister Matambo on 4 February 2013 on 21 March (BOPA,25/03/13:2; legislators approve budget). The budget amounted to almost P40.654 billion and a brief break down follows. The development budget totals P10.098 billion and the Ministry of Minerals, Energy and Water Resources got the highest budgetary allocation totalling P2.98 billion (26.82% of the total).

In this regard, mega major projects, these being Water Planning and Development at P1.38 billion; Sewerage Systems for Kanye and Molepolole at P469 million; Major Village Water Supply at P225 million; Botswana Power Corporation’s ﬁnances to cover Emergency Power at P300 million; and Morupule A and Morupule B Power Stations at P160 million and P200 million respectively, account for 99.51 percent of the Ministry’s budget. Regarding the recurrent budget, the top allocations went to the Ministry of Education and Skills Development at P7.93 billion (22.98%); Ministry of Local Government and Rural Development at P4.44 billion (12.88%); and Ministry of Health at P4.42 billion (12.81%).

Ending, budget debates are the most important function of parliament because the Appropriation Bill is a bill like others that needs to be debated with utmost seriousness. Hence, it is a serious indictment on our MPs that after approving the budget for parliament, a majority left, consequently, forcing an adjournment of budget debates. Appropriately, Speaker Nasha admonished them saying ‘that they did not take their work seriously (BOPA, 21/03/13:2), ‘Speaker takes swipe at legislators)’.

BIUST has no record of private student payments 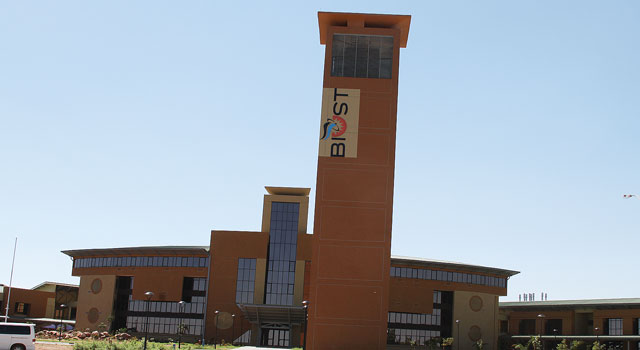