Sikwane native, Angela Kerrison is one of Botswana’s first opera music exports, who has plied her musical talents in the highly competitive arenas of Europe(Switzerland, Germany, Italy) and South Africa. She currently residesin Winterthur, Switzerland where she is a freelancer and Time Out took the opportunity to catch up with the pioneering artist.

“From an early age I have always felt the need to be on stage. I attended International School of Bophuthatswana (ISB) in Mafi kengand I did everything musical. I had considered studying law but my ISB teacher influenced me to carry on with my music. In 1996 I was successfully admitted to the University of Cape Town’s music college and I graduated with a Performers Diplomain Opera and later worked for Cape Town Opera. While working there I participated in an International Opera Competition in Verona, Italy and I was heard by some influential people who later helped meget an audition at the Zurich OperaHouse,” she said. Kerrison has taken the professional route that traditionally wouldn’t be a parent’s first choice for their child. “It is very difficult in such a small country like Botswana to encourage a child to take up the performing arts as a full time job. The prospects are not very good and the performance opportunities are few.

I would encourage a talented or enthusiastic child to explore performance, whatever the outcome and being realistic about earning a living. For me the arts are just as important as sports or science. There is really no need to separate or limit a child’s interests,” she said. Unlike Botswana, South Africa is one the few African countries where venues and audience exist for opera music and it was Kerrison’straining ground as she worked her way to the top. Opera is a genre that embraces many languages. Kerrison has performed in Zulu, Xhosa, Afrikaans, Italian, French, Russian, Polish and German and she explained the intricacies of her chosen art form.

“We sing in different languages including from music written in the 1400s and we do not usually use microphones. I had to learn all these languages from scratch and it was not easy. The loudness of our singing is increased with the help of the resonance cavity in the head and body, which helps us to sing over 100 musicians in the orchestra,” she said. The opera songbird is mindful ofthe highly competitive career she has chosen as she sings along side incredible European singers who always make her feel like a small fish swimming with the sharks. “To make it in the international market takes self-sacrifice, natural talentand hard work. It also helps to have a little luck being in the right place at the right time, meeting the right people and being prepared for all eventualities is key,” she added. 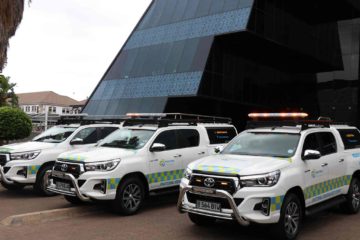